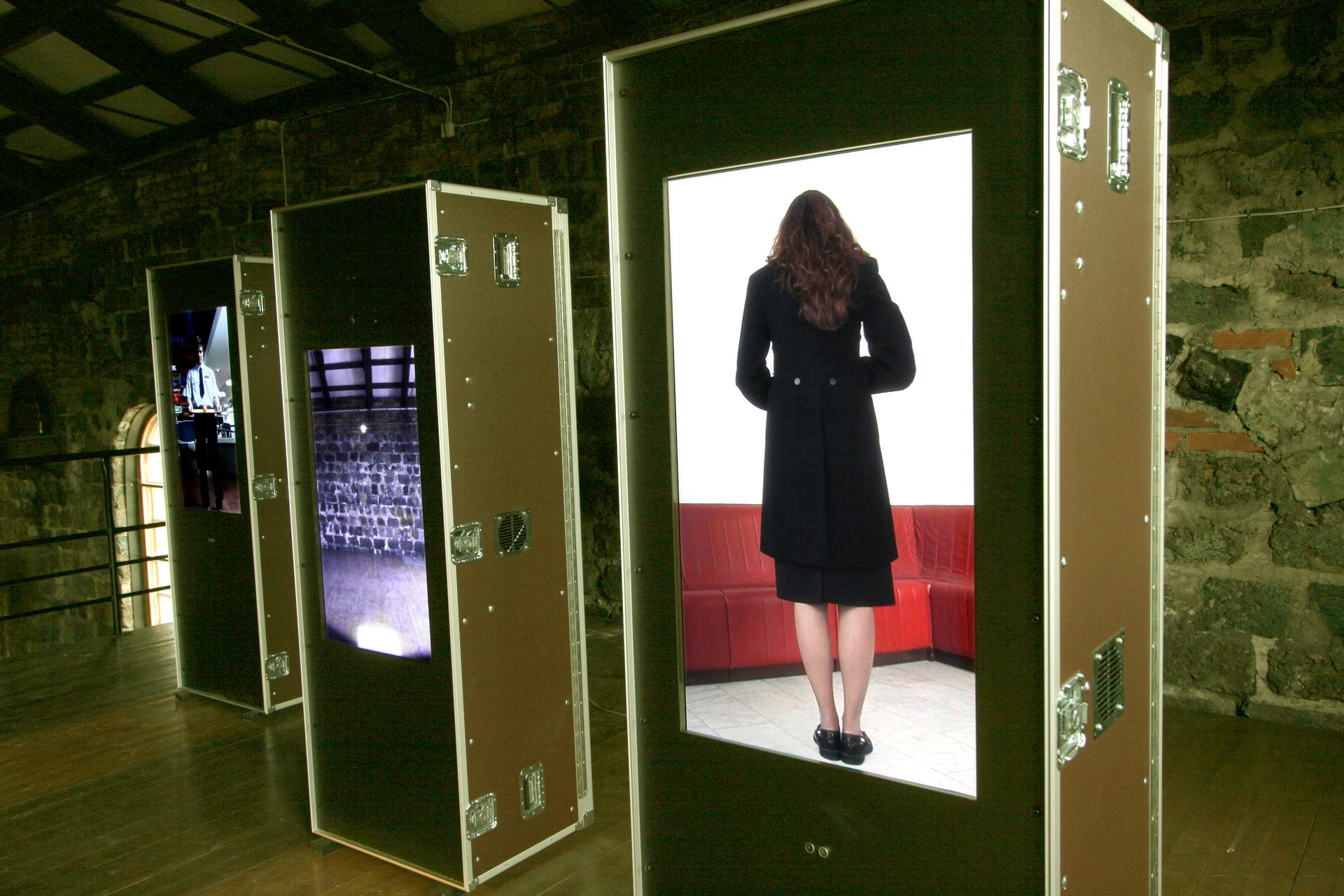 In Women That Turn (2004-06) we see a woman with her back turned to the viewer. When you leave, she turns around. If you return, her back stares at you, with a twitch.  This work presents women as objects, tied down to a set of fantasies about how a woman should present herself. The woman in the frame distances herself from the viewer, who comes too close, and she has a reaction to being the canvas for the controlling male gaze.  Women That Turn includes looped videos of ten different women. It’s a precise study of the shift between twitches and other movements; an illustration of women that sense being watched and react with small movements of discomfort.  An artist custom-built VOS (video-on-surface) player was used to accomplish high-resolution video seamlessly shifting from one clip to another. This installation is part of the series A Family of Performing Pictures, and consists of Women That Turn, Men That Fall, and Kids on the Slide.

A precise study in the shift between twitches and movement; an illustration of women that sense the glance and reacts with small movements of discomfort. No act of symbolic meaning just instantly facing you.

She stands with her back towards you. You sit down on a chair and contemplate her.
She shakes a little bit. From discomfort? Impatience?
Or shrugs her shoulders at your presence?

What feelings does that awake in you? Do the feelings differentiate themselves depending on if you are a man or woman? Or child?

She is still standing with her back towards you. The mysterious one. The dark continent.
When you get up and walk away she turns toward you. You stop and she catches your gaze.

To tie a knot on yourself and then turn around.
Rejections, accusations and guilt.
Glances that are felt in the back of the neck.

There are many conceptions of how one as a ”woman” should describe oneself. Breaking these rules launches a set of reactions.

The feminine body is charged, it quickly becomes political. Before the opening of the Olympics in China, women are trained to smile in the right way by holding a chopstick between their teeth. Try to squeeze a chopstick in the mouth of Women That Turn and you will see how it goes. 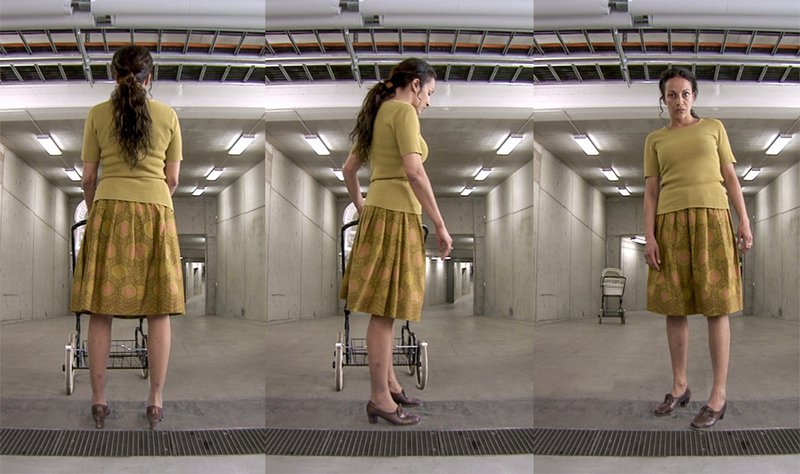 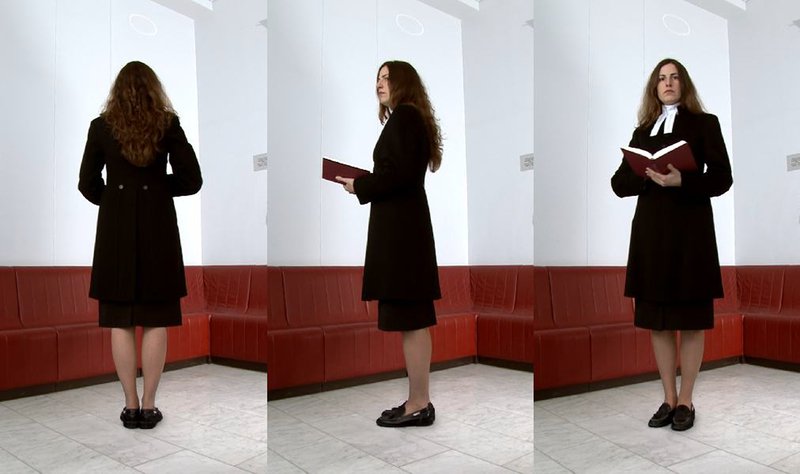 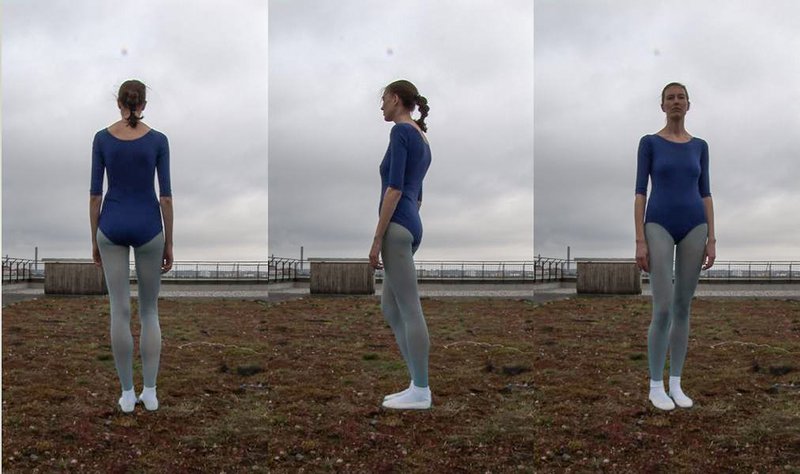 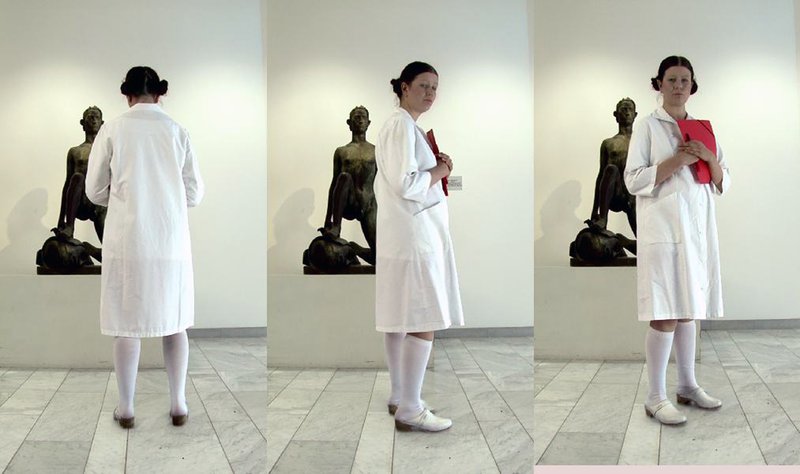 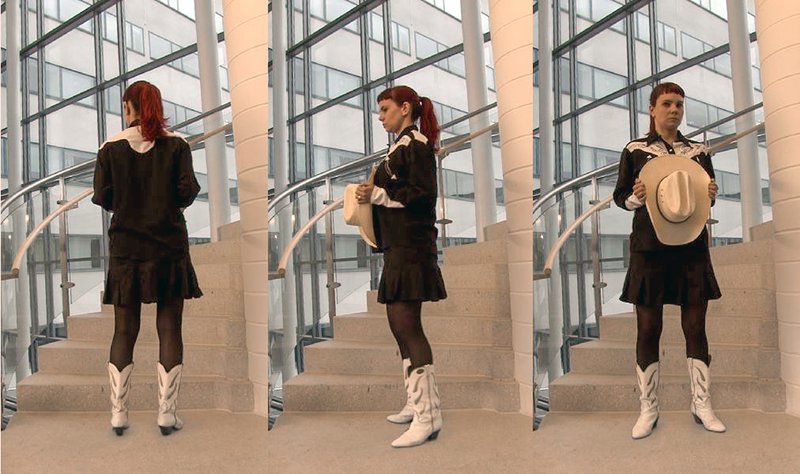 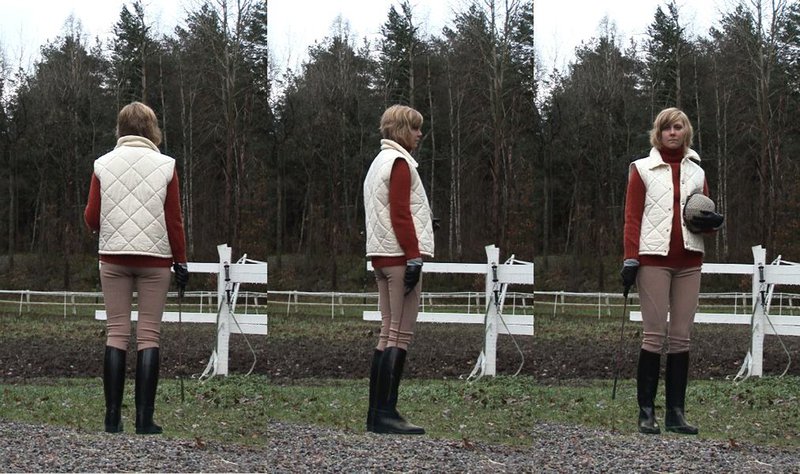 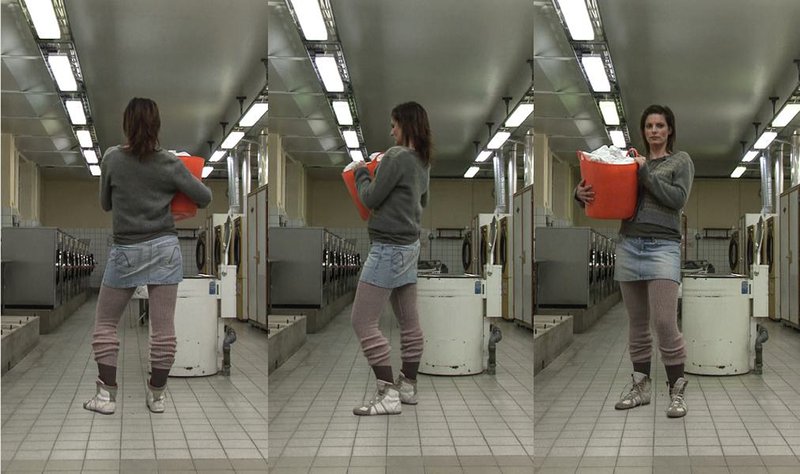 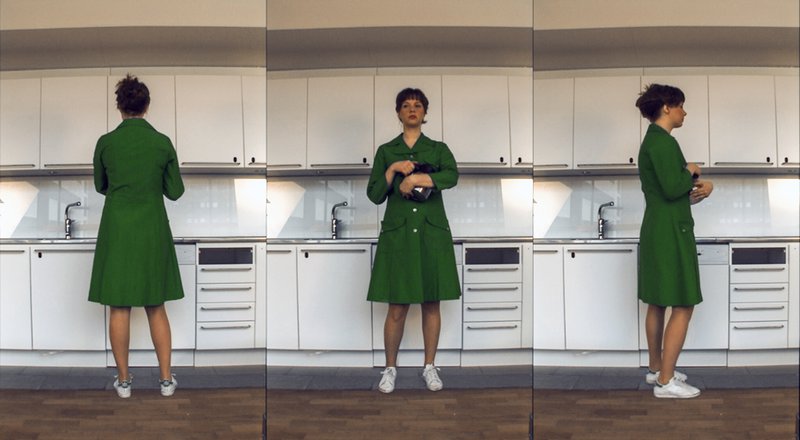 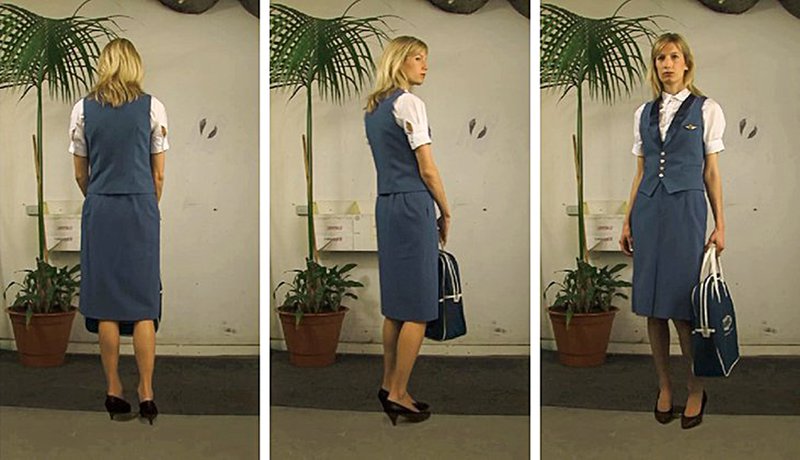 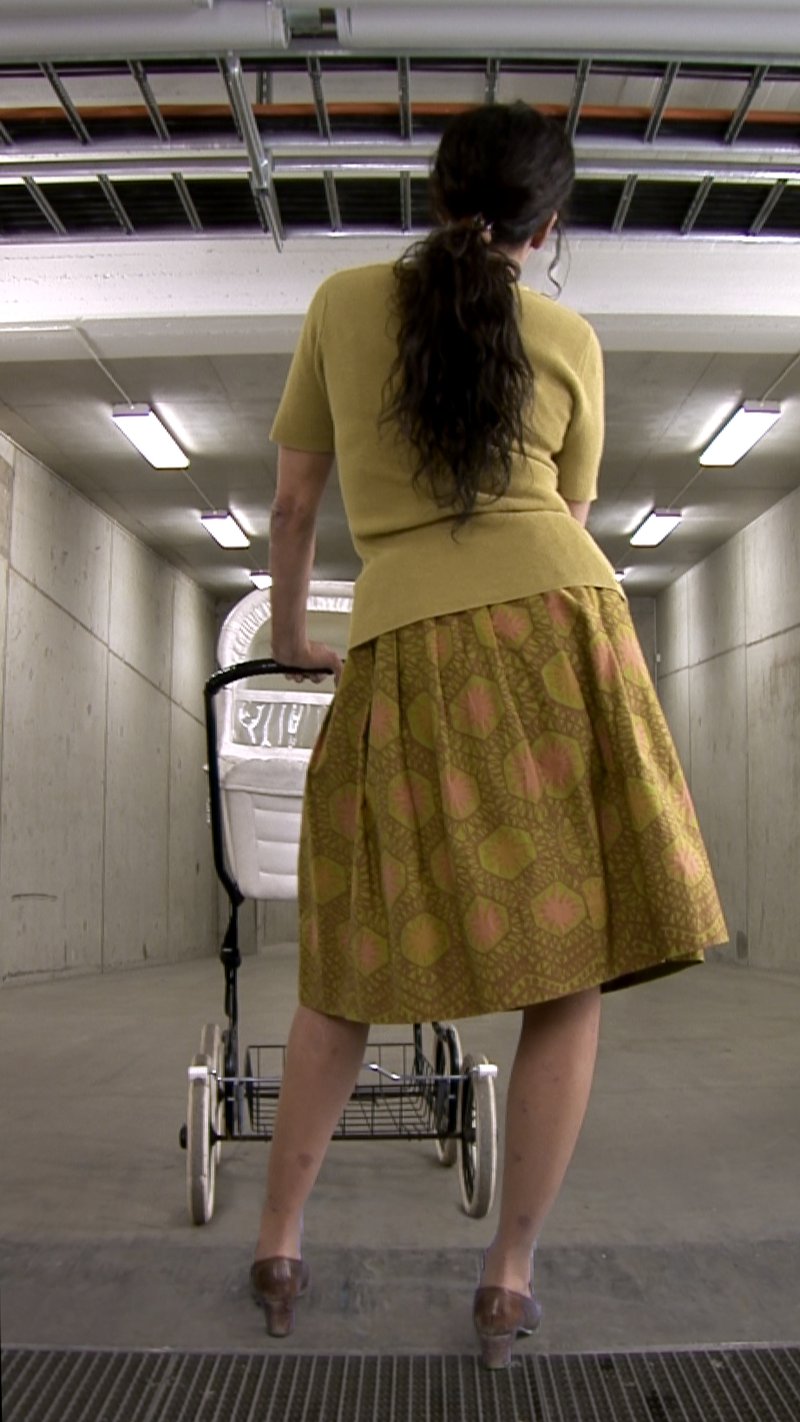