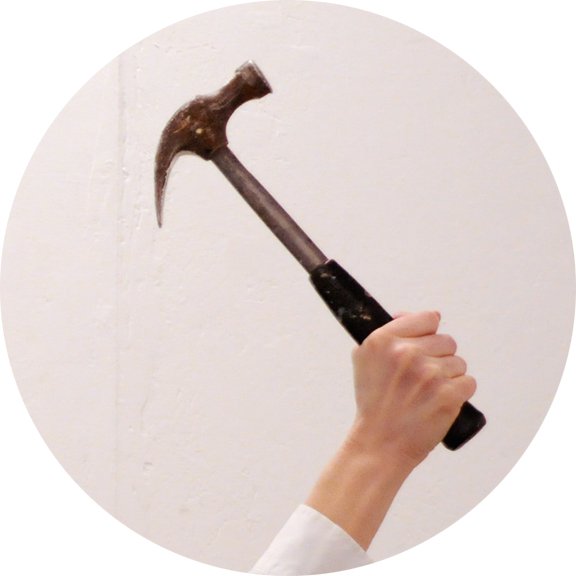 Raphaelite Toolbox (2008) is a silent instructive piece, depicting a woman who is relating to a set of different tools. Her strange companionship to these objects is filtered through movement and time. The film is made by Performing Pictures and choreographer Anna Koch – each of whom exploits the artistic scope offered by new dance cinema in a unique way. They blend the transience of dance with the intimacy of film, experimenting with movement and montage, exploring both rhythm and visuality. Here, aesthetic expression rooted in the modern era takes the form of realism, absurdism and avant-gardism.

Raphaelite Toolbox exploits the artistic scope offered by new dance cinema in a unique way, and was commissioned for the exhibition project Illuminators at Yekaterinburg Airport in Russia. Visually the exposition was represented by numerous round spots of lights floating/hovering free in the airport cubage. The central characteristic of all works was the round shape, based on the tradition of the 15th century's "tondi".