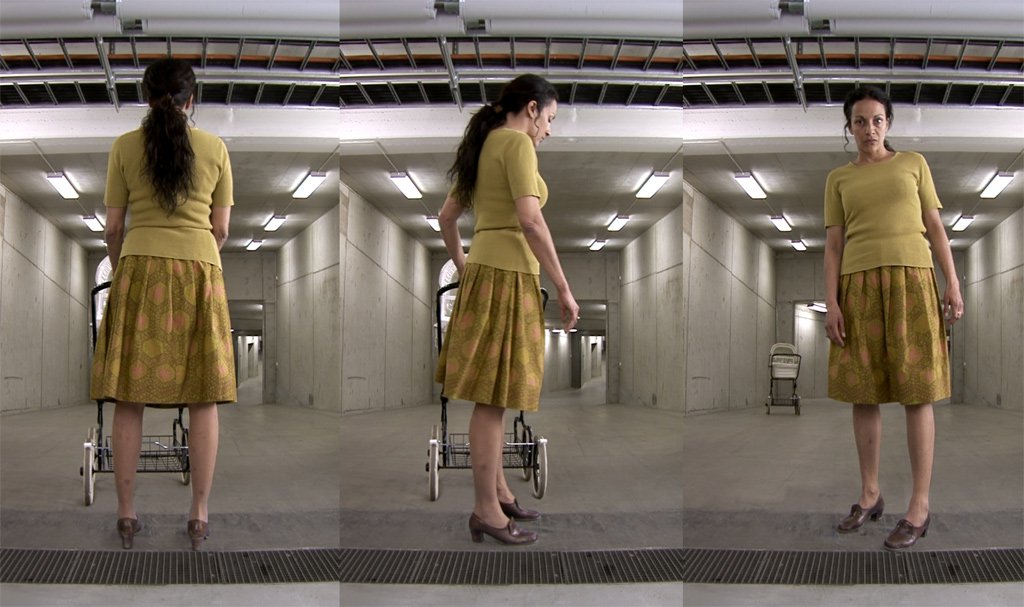 [Gymnast girl]: Measure me. Measure my entire length. Count the vertebrae. Estimate the shoulder’s angle. Calculate the strength in my muscles. Evaluate the flexibility in the joints. Weigh it all together and hand out your points. Now leave. I’m ready. 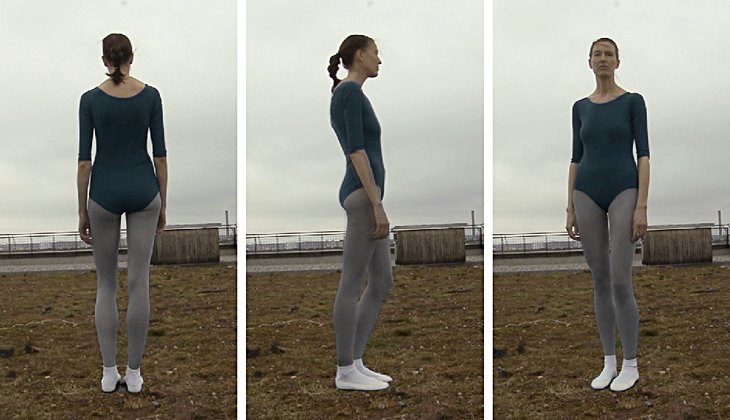 She stands with her back towards you. You sit down on a chair and contemplate her. She shakes a little bit. From discomfort? Impatience? Or shrugs her shoulders at your presence?

What feelings does that awake in you? Do the feelings differentiate themselves depending on if you are a man or woman? Or child?

She is still standing with her back towards you. The mysterious one. The dark continent.

When you get up and walk away she turns toward you. You stop and she catches your gaze.

To tie a knot on yourself and then turn around. Rejections, accusations and guilt. Glances that are felt in the back of the neck.

There are many conceptions of how one as a ”woman” should describe oneself. Breaking these rules launches a set of reactions. The feminine body is charged, it quickly becomes political.

Before the opening of the Olympics in China, women are trained to smile in the right way by holding a chopstick between their teeth. Try to squeeze a chopstick in the mouth of Women That Turn and you will see how it goes. 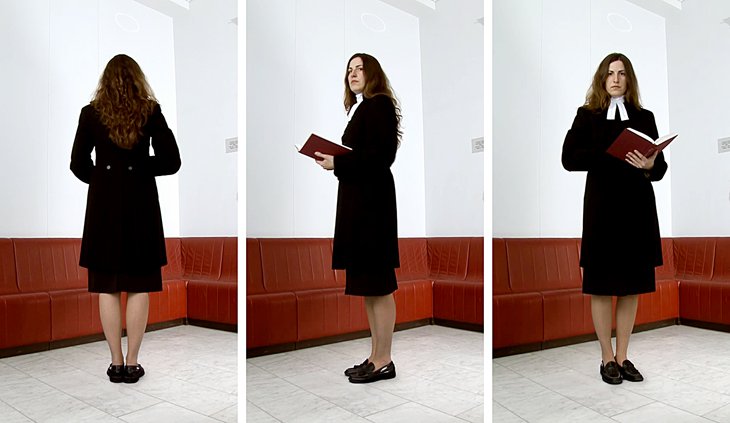 Pray for my lost soul! Your turned back says everything about my crimes. Tell me how I can serve you. You raise your head, soon my judgement will be given. I make haste and sink down on my knees. So: your glance, fixed, on me.

In 1863 Edouard Manet painted Luncheon on the Grass, which illustrates a picnic in the forest glade. Two elegantly dressed men sit on a blanket in an engaging conversation with each other. Next to them sits a naked woman. She appears to be listening a little distractedly, but above all she aims her glance out from the painting, out to the viewer. The painting created a scandal. Partially because the woman was naked, partially because the motive presumed to comment on the well-known yet hushed prostitution in the Boulogne forest, and partially because the woman met the viewer’s gaze with equal measure. If anything, it fell upon the viewer to blush and look away.

A little over 140 years have passed since then, but a woman who doesn’t allow herself to be objectified is still provocative. More or less, depending on where in the world one finds oneself. 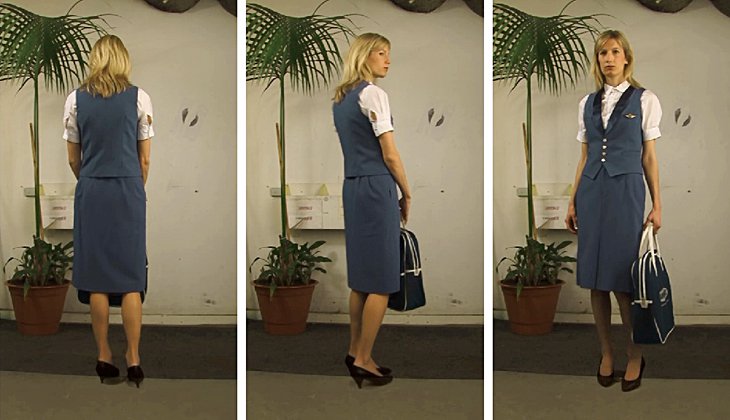 Flight 242 7:35am, destination Lisbon. I’m going to stand like this until every damn passenger has gone onboard!

It is the last day of the two-month long festival and now the festive conclusion remains: Close Encounters. Sixteen chosen installations, dance appearances and theatre performances will be presented in gardens, galleries, museums, sports bars and palaces, allowing for unexpected meetings throughout the city during 24 hours.

Andersson and Brečević exhibit Men That Fall, Women That Turn and Kids on the Slide in Espaço, a bar and culture centre in the area Anjos in central Lisbon. It is a worn out and socially charged area, right next to the tourist thoroughfare in Bairro Alto.

A public gathers here who aren’t really like traditional gallery visitors: adults with eager small children, the bar’s somewhat rugged regulars, faded beauties who spill in from the surrounding streets.

Geska and Robert function as hosts and greet the visitors, show them around and introduce them to the various personalities in the installation.

A man stands a long time in front of Women That Turn. There are quite a lot of people in the room; a family with two kids, a teenage couple in love and a group of three women. After a while the man turns to Geska:

”Why aren’t they smiling?” he asks and points indignantly towards the screen with the woman. ”They don’t look happy.”

”Well,” answers Geska with a gesture towards the next room, ”the men aren’t so happy either.”

The three other women in the room start to listen to the conversation and the man turns to them as well.

”I don’t think you understand how it feels for a man when a woman looks at one like that,” he exclaims. ”It’s horrible!”

The three women bite back immediately. ”What? Why shouldn’t we understand that?”

”No, but it is terrible. I don’t think you understand.”

”Yes,” says one of the women thoughtfully, ”it’s obvious. It becomes in some way worse when women don’t smile.” She points into the room. ”One can laugh at the men. But really it’s not at all fun. It’s quite tragic.”

Her friend continues: ”It is like the theatre. If a woman on the stage hits a man it is comedy, if a man hits a woman it gives a completely different connotation.”

To squeeze a chopstick in the mouth of a woman who doesn’t smile.