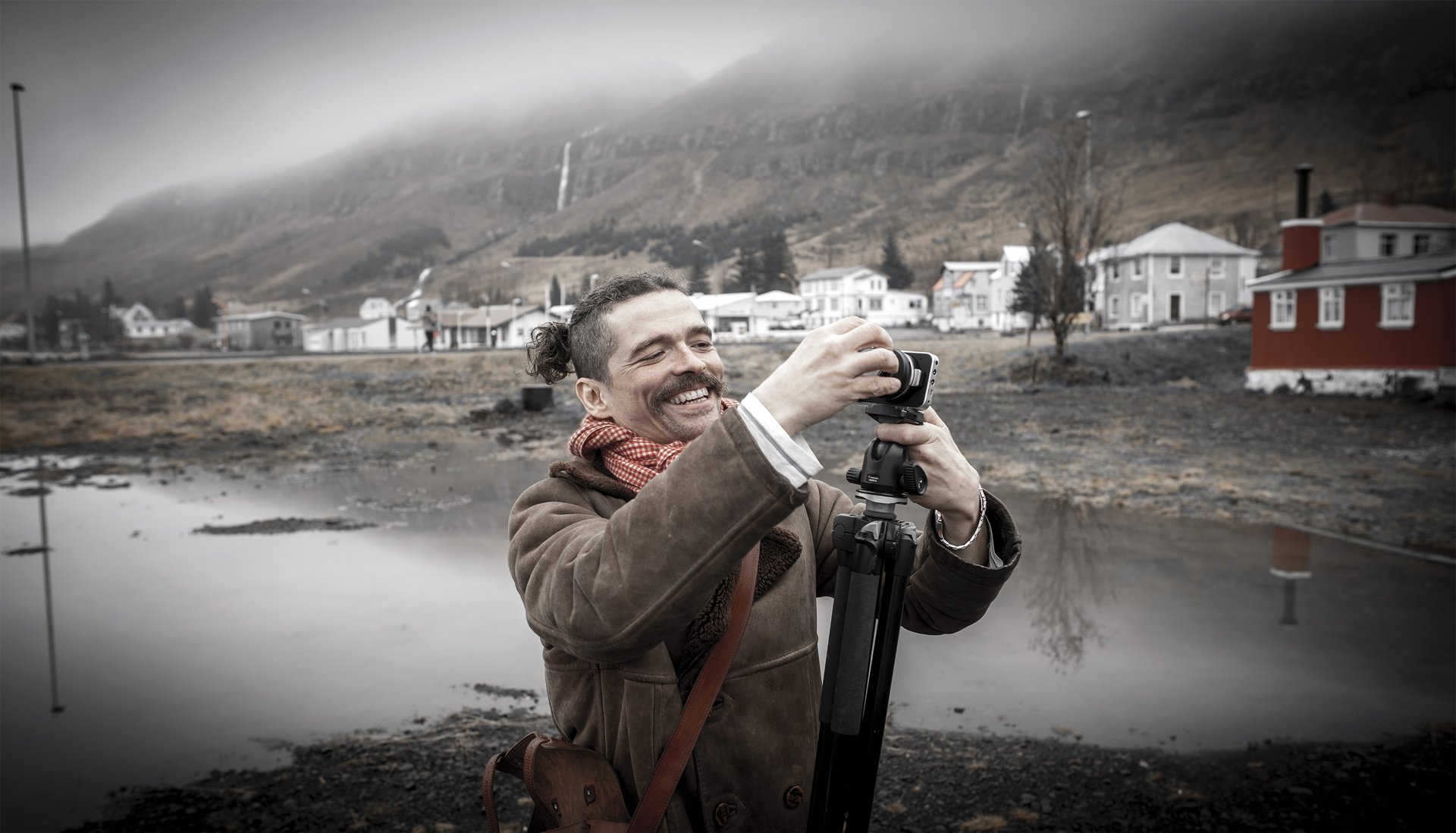 With 6 days left to the screening of Dreaming the Memories of Now at the Beldocs Film Festival in Belgrade Serbia, Robert gave an interview for ArsAkt.

For those who don't read Serbian, here is an English version of the interview:

Where did you get the inspiration for making this film?

On a contemporary art scene we are accustomed to moving freely between various materials and different media-in our case, this includes video, electronics, installation work, projection mapping, photography, text, sculpture and much more. To make a film, though, did NOT come naturally to us.

The subject of our film-memory, vision and the love of images-required us to make something in a format that we find problematic. Film is embedded in the industry, it exudes power. Manipulation is such an inherent part of its language-so we needed to revisit films from the past to remind ourselves that it doesn't have to be like that. On a lousy network connection in Oaxaca it took us an entire week to download "Sans Soleil" by Chris Marker. Finally, we watched it and immediately we fell asleep. The next day we tried again, this time we managed to watch 20 minutes before dozing off. This procedure kept repeating itself for several days. Apparently, working under the scorching sun of Oaxaca had taken its toll. Nevertheless, we were happy to reconnect with our favourite film-a gentle film that could let go of minds and emotions; so analogous to the language of dreams that you hardly feel the difference.

That made sense for us and it was a great inspiration.

What was your thought process while filming 'Dreaming the Memories of Now'?

Never ever does the pesky question "Why are we doing this?" leave the room, it reverberates throughout all stages of the process. Compulsive auto-scepticism is our method. Being the two of us, we are able to bring all doubts out in the open, killing enthusiasm that has gone astray, pulling each other down-negating until we reach the negation of a negation, a Hegelian synthesis.

We discarded so many things along the way, it was an iterative design process of medium-related reduction. Initially, we had a na"ive set of ideas about making a 'documentary' and what that would entail. F.e. we made interviews with really interesting people in order to realise that we didn't approve of interviews on a conceptual level. What does it mean, really, when people reminisce, bear witness through their own chosen words? Filming them is equal to remediating the already mediated, documenting a self-staged performance rather than capturing the indexical signs of life, the bare moment, and so on...

We are adamant about NOT making a system of representations, where each person or group represents a specific set of interests, presenting a conflict between these interests-well, that's pretty much the definition of a story, the answer to the question "what's it about".

Now, if you scrap the interviews with interesting people, have NO conflicts and you don't want to portray the interesting ethnographic "Other", what are you in fact left with?

Well, something that is very hard to sell.

How did your daughter feel about her role in this film?

We have worked with all of our four children, making them part of our artworks. So our daughter Katja, being the youngest one and having seen all those video installations of her brothers and her sister on display, was simply expecting-nay, demanding to be included in the "family business". She cast herself for the role, so to speak.

To finish the film took several years. We edit and do all post-production ourselves so Katja became very accustomed to the art of montage-how the meaning and significance of an image can change based upon cutting and rhythm. She assisted us in doing sound recordings with Zoom many times. Being aware of film as a material has definitely improved her media literacy, which will be a matter of cognitive survival for the generations to come.

The film was primarily made for her, a mnemonic message in a bottle propelled into the future. She is still very enthusiastic about the film and she uses it as we intended-as a way to reconnect to Oaxaca, to Santa Ana Zegache and to us as parents. Now, she is making a film of her own with her two friends-Aston and Ejla-and an iPad.

Are you satisfied with how your film was received? What was most interesting to people?

We've had extremely positive feedback on the film, on the one hand. On the other hand, not so many people have seen it. That is understandable, the film lacks a sense of urgency and it is a homegrown amateur production in a world that reveres professionalism and production value.

The look in people's eyes, though, the few ones that have seen it, is invaluable.

Maybe this post-liminal cinematic gaze is best explained by a music composer after looking at the film: "...it's gorgeous and mysterious. I'll have to spend more time thinking about it before I have anything other than vague impressions. I felt as though I were dreaming the whole time."

His comment was particularly encouraging as it brought us back to our experiences with Sans Soleil. We had fallen asleep to Chris Marker's film, not as a sign of boredom, but as a complete relaxation of the soul, seduced by dream language.

What are your plans for the future? Do you have any upcoming projects?

We are writing a book called "Explanatory Notes and Post-liminal Script to a film called Dreaming The Memories Of Now". Yeah, the title is really cool. The book contains everything you ever wanted to know about life and art. It is an encyclopaedia that covers a wide array of subjects: like the colectivos in Oaxaca in which you might need to have a flexible left leg, or how the bureaucrats of Czechoslovakia punished Yugoslav spies by systematically misspelling their names-as well as how a constantly screaming baby child might provoke a "crisis of presence" where the only solution is to be part of cleansing ritual involving basil, rub alcohol and an egg. And much, much more. It will contain a plethora of aesthetically pleasing images without being an artists' book and it features a 1312 paragraph long poem invoking a film that you might or might not have seen.

We also continue doing art, taking our newly required Blackmagic camera for a spin. A novel idea for a film includes the collective dream diaries on a Greek island and villagers digging for buried icons.