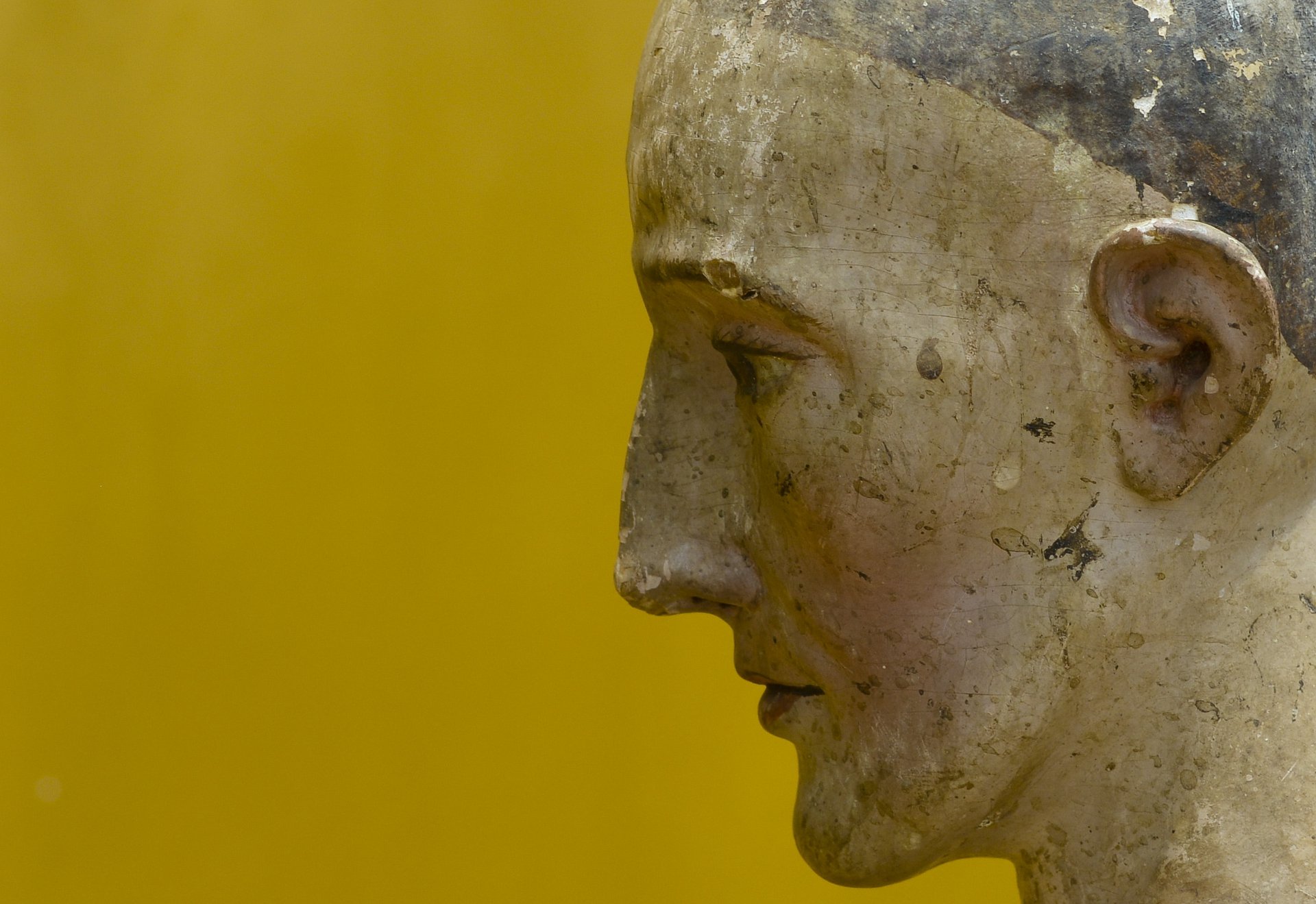 A Timeless Recount of Hungover Reflections

An olive grove, somewhere in the Eastern part of the Mediterranean. A white-bearded man and a fair youth are eating black grapes. They have clearly been through an all night binge:

- Master, I was wondering about what you said of the world of phenomena being a mere reflection of the true world, the world of ideas – the analogy of the cave, that is.

- Yes, the transient beauty of your youth is a shadow playing on the wall. Tricks of the mind. Change is not real, you see.

- Would that imply that these wretched occurrences to which we refer as hallucinations are lurid deceptions-within-the-deception, and that it is better to be hearing things rather than seeing things that are not there? - What do you mean, like when the Oracle is seeing things, hearing voices?

- Yes! Like her! I can close my eyes and the light will not reach my mind. My thoughts are shielded from light-and-form by the thin pinkish flesh of my eyelids. I stop seeing things... but the voices, the nausea...

- Son, as your mind is plunged into motion, losing its point of reference – all projections around you are diffracted and skewed. You shut your eyes and expect that you separate from the outside world. But light is emanating from within the One Supreme Being itself; wherein all minds of this world belong. There are in fact no shadows, just perceived differences between light and dark – although all things are equally lit.

The master could be wearing dark sunglasses, the disciple squinting due to the high noon sun. Light and its receptacle, the eye, were fundamental to Hellenic cosmology. Socrates was the projection of Plato's mind. Later, through Neo-Platonism, the Christ-followers turned the light inwards: The eye is the lamp of the body; so then if your eye is clear, your whole body will be full of light. (Matthew 6:22). Aristotle understood the optical principle of the pinhole camera. The bending and spreading of small waves around obstacles, the diffractive properties of light, are captured to create deceptions-within-deceptions within the One Big Deception.

Let us set out on our task to create kinetic sculptures that will be venerated!

We are struggling in the heat and the merciless sun. One or two pinhole animations are what we manage to carry through each day. We haul statues of saints, angels and monks from the bodega behind the church. They leave a trail of ground wood from the termites. The 16th-17th century sculptures are on the verge of collapsing. Maybe this is the last time they will be dragged out in the bright sunlight, captured in our images and given an eternal spinning life, before being sent back into oblivion and stillness in a dark room behind the church. Doomed to slowly turn to dust and blow away in the mild wind over "los sietes mogotes", the seven hills of Zegache.

A Timeless Recount of Hungover Reflections was published in the 2015 book You say light I think shadow: one hundred and nine perspectives collected & visualized (Art & Theory Publishing 2015) 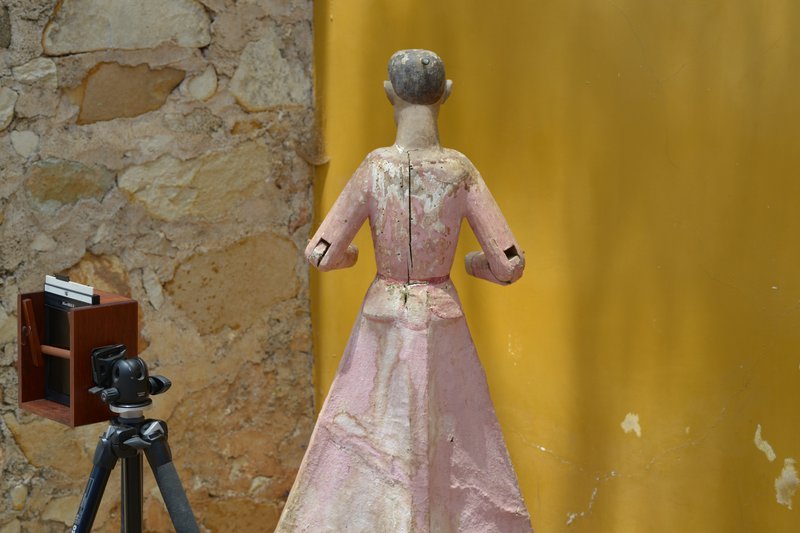