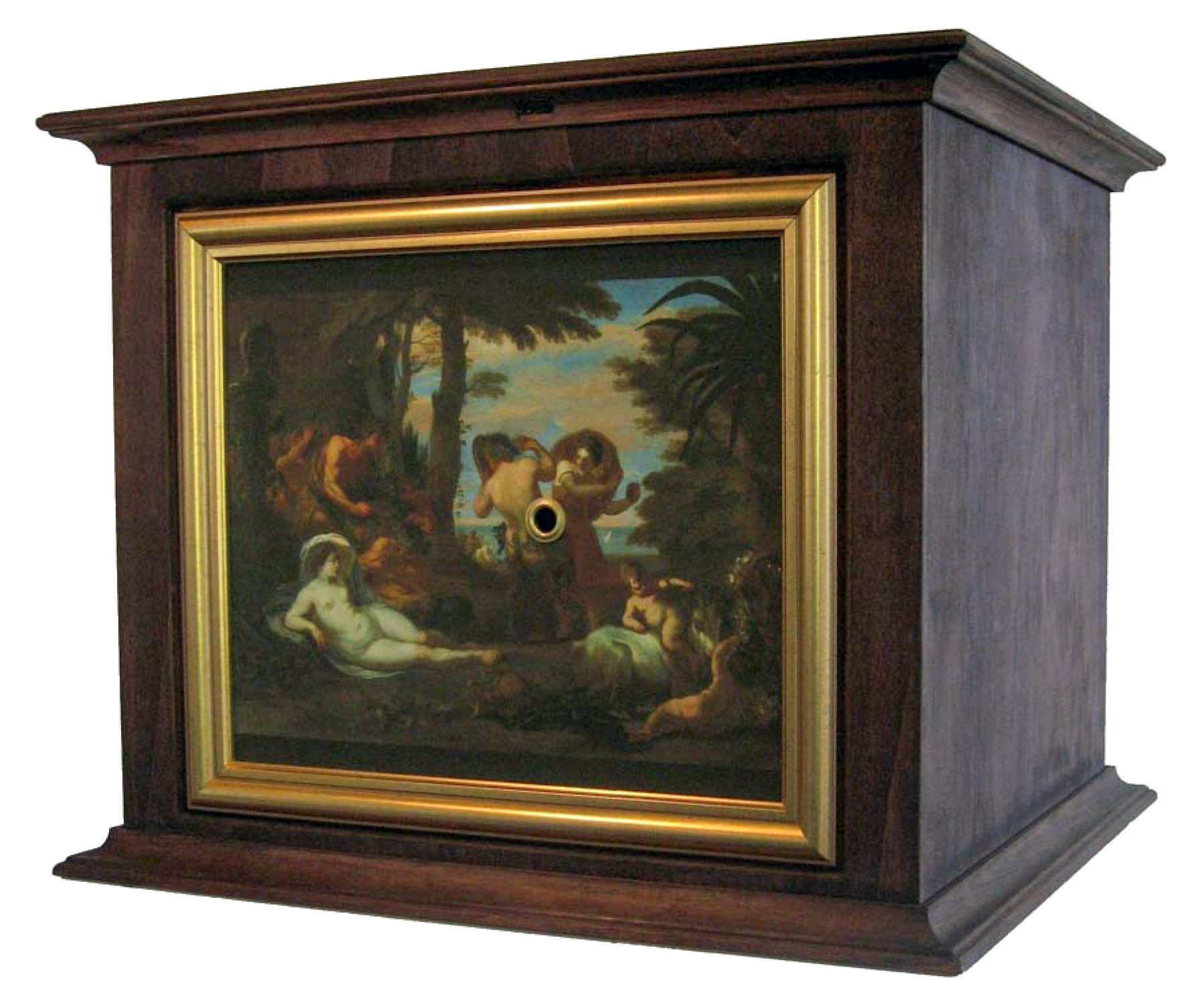 Electro Bacchanalia (2007) is a museum installation aimed to spark young visitors’ interest in the motif of an old master's painting and make a flirtatious reference to contemporary life. Two of the characters – the faun and the woman in the centre of the painting – are brought to life in the scenery inside the box.

Performing Pictures has produced the story, content and technical solution for Electro Bacchanalia, which toured Europe as part of the exhibition Interactive Salon 2007 with stops in Brighton, Prague and Budapest and was displayed at Kulturhuset, Stockholm in September 2008.

Electro Bacchanalia has been exhibited at the following venues:

Interactive Salon exhibition in Prague as a part of the EUROGRAPHICS,

2007 The Best in Heritage - Excellence Club in Cologne, as a part of the Cologne Fine Art fair

The peep boxes are a series of museum installations where paintings and photographs are brought to life by using layers of video, animation and sound. It is a modern interpretation of a peep show, set in a traditional 17th-century style wooden box. One side of the box displays a replica of the painting or photo. In the middle of the image, the visitor finds a small peeping hole. When looking into the box through the image, a stage-like setup of the painting is revealed.

The prototype was developed at the Interactive Institute by Performing Pictures, the Digital Cultural Heritage Centre of Expertise and Evoking Spaces.