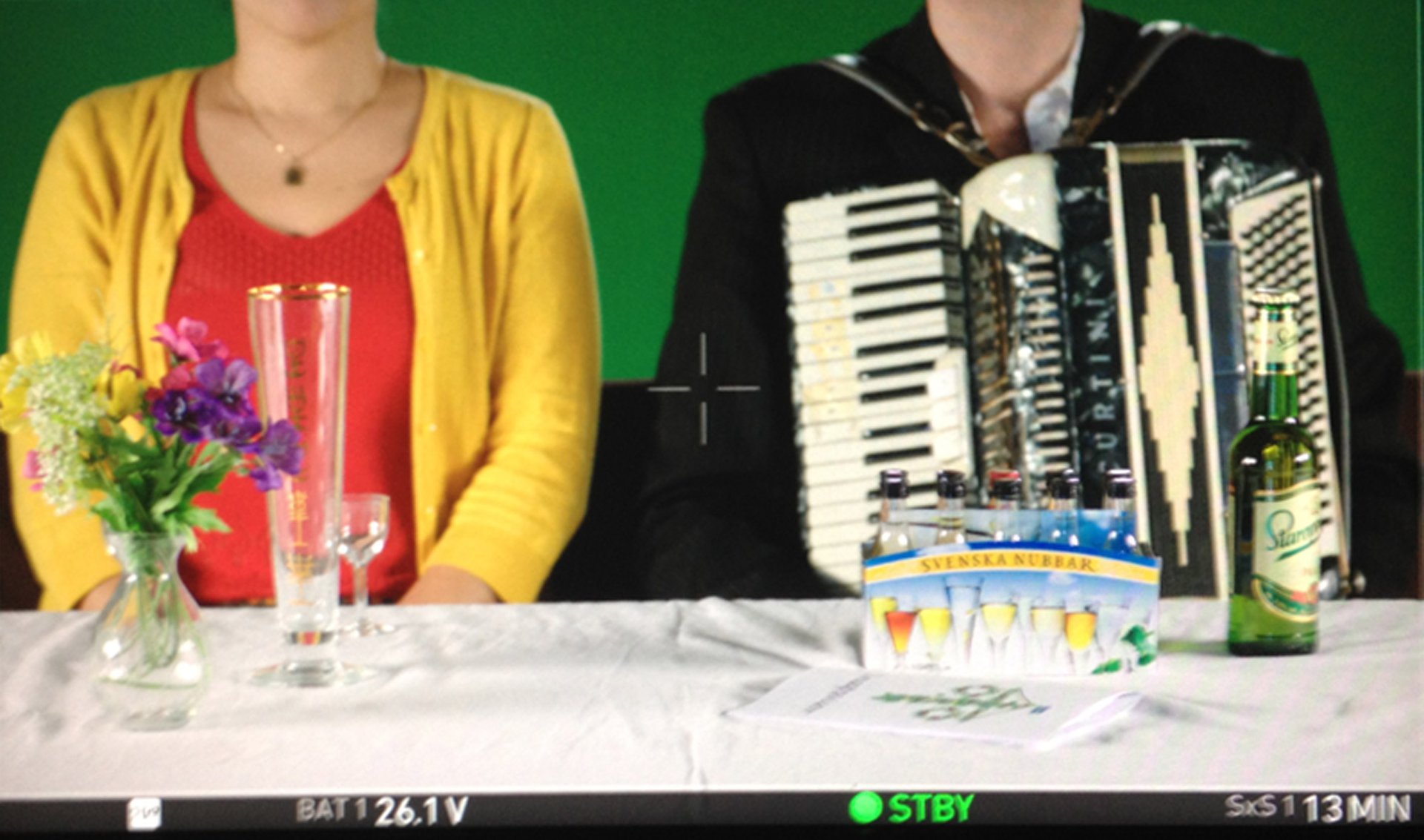 In 2012 Spritmuseum opened its doors. It would become a museum that interlaces intoxicants, art and the experience economy. For the inauguration, Performing Pictures Manufacturing was commissioned to create two media installations.

In the first installation, museum visitors are invited to partake in Happy Campers – a hilarious "film-disguised-as-a-computer-game" that takes place inside a caravan on Midsummer Eve, somewhere in Sweden. With a lever and a steering wheel, the museum visitor is able to scroll over a set table. The shots are neatly lined up, but the guests, both friends and strangers alike, crowd together. As the glasses are emptied, an awkward silence begins to settle over and among the guests. A story of intrigues and entanglements is told, in a merge between a Bergmanesque domestic drama and a Tatiesque physical comedy.

The other installation became a bar that houses the Drink Quiz – a rousing interactive quiz with a poltergeist-inspired physical interface and light phenomena.