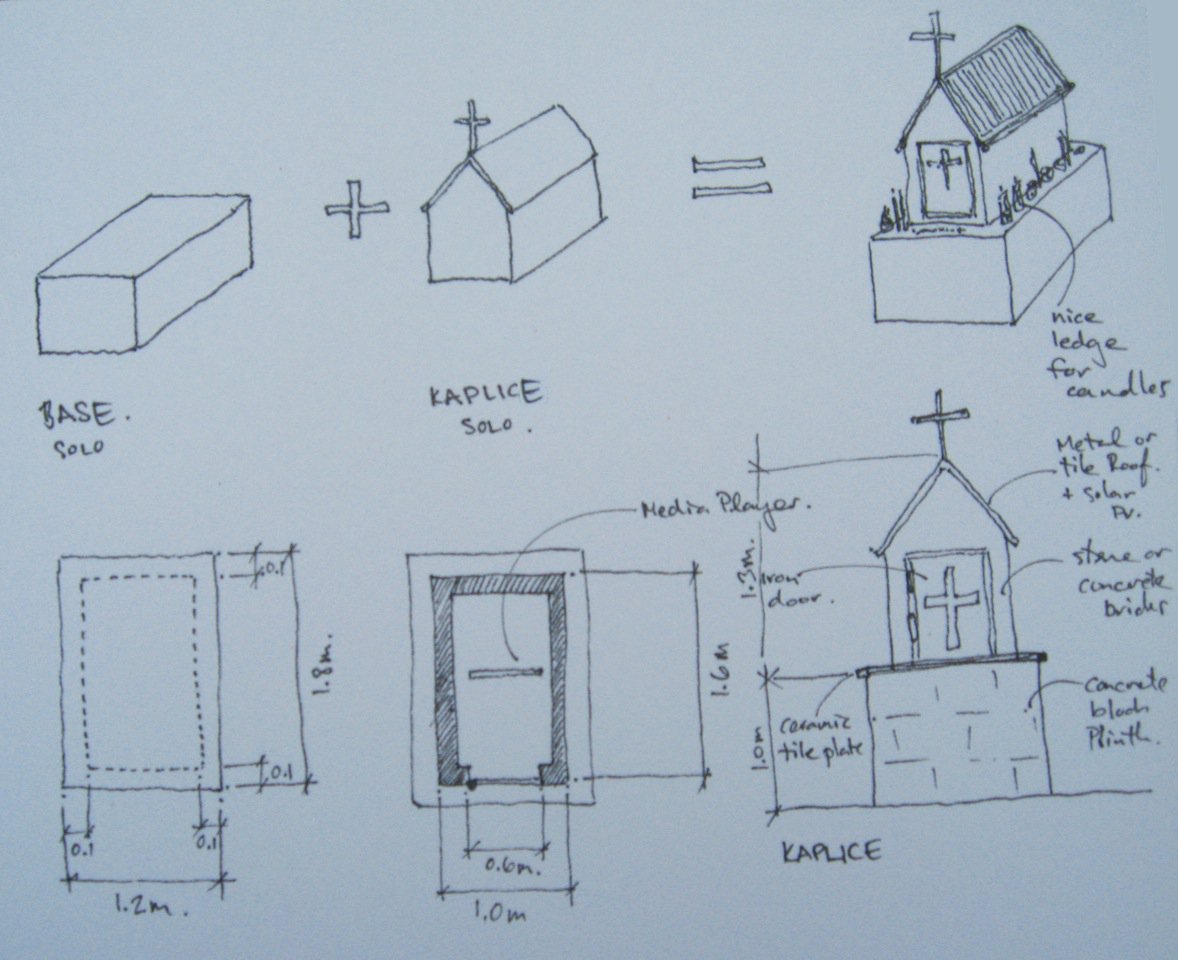 Making and Remaking of Saints

The Pollinators are a part of a growing network of cultural practitioners, with their core in the Resilients project. 'Resilients' are people of all ages preparing for uncertain futures, by experimenting with resilient forms living & working as a form of artistic practice.

In order to prepare for their 2012 green-powered pilgrimage tour, the Pollinators are gathering for the MAKING AND REMAKING OF SAINTS AND VENERATIVE PLACES workshop on Rab. The workshop includes a public program, and we invite students, cultural workers and the interested public to take part in the open program.

During the weeklong workshop, we are building a kinetic chapel – a chapel featuring an animated saint. The chapel will probably be the first of its kind running on solar-energy. The animation is a specially developed stop-motion technique using sequences of film negatives exposed through a large-format pinhole camera. Anyone interested in taking part in the chapel building workshop is welcome to join in between 10 am and 2 pm during the period of 10-15 September. (Palit, iznad skladišta Rab-komerc).

The workshop is held in Croatian and English.

INAUGURATION AND OFFICIAL OPENING OF THE KINETIC CHAPEL

Ivo Barić, historian, professor and author on several books about the history of Rab, will make a guided tour and lecture on the Italian concentration camp on Rab. The camp was established in July 1942 and it soon became known for its appalling conditions, which caused the deaths of numerous inmates.

The tour is held in Croatian with English translation.

What is a map? What is a journey? What is a sacred place? What is a pilgrim? These are some of the initial questions the Pollinators are asking while preparing their 2012 green-powered bike odyssé through Europe. In a 2 hour long open film program we seek inspiration in relation to these questions.

The Pollinators workshop is initiated by Performing Pictures, with the kind support of Stockholms Stads Kulturförvaltning, The Swedish Arts Grants Committee and the EU Culture Programme 2007-2013.