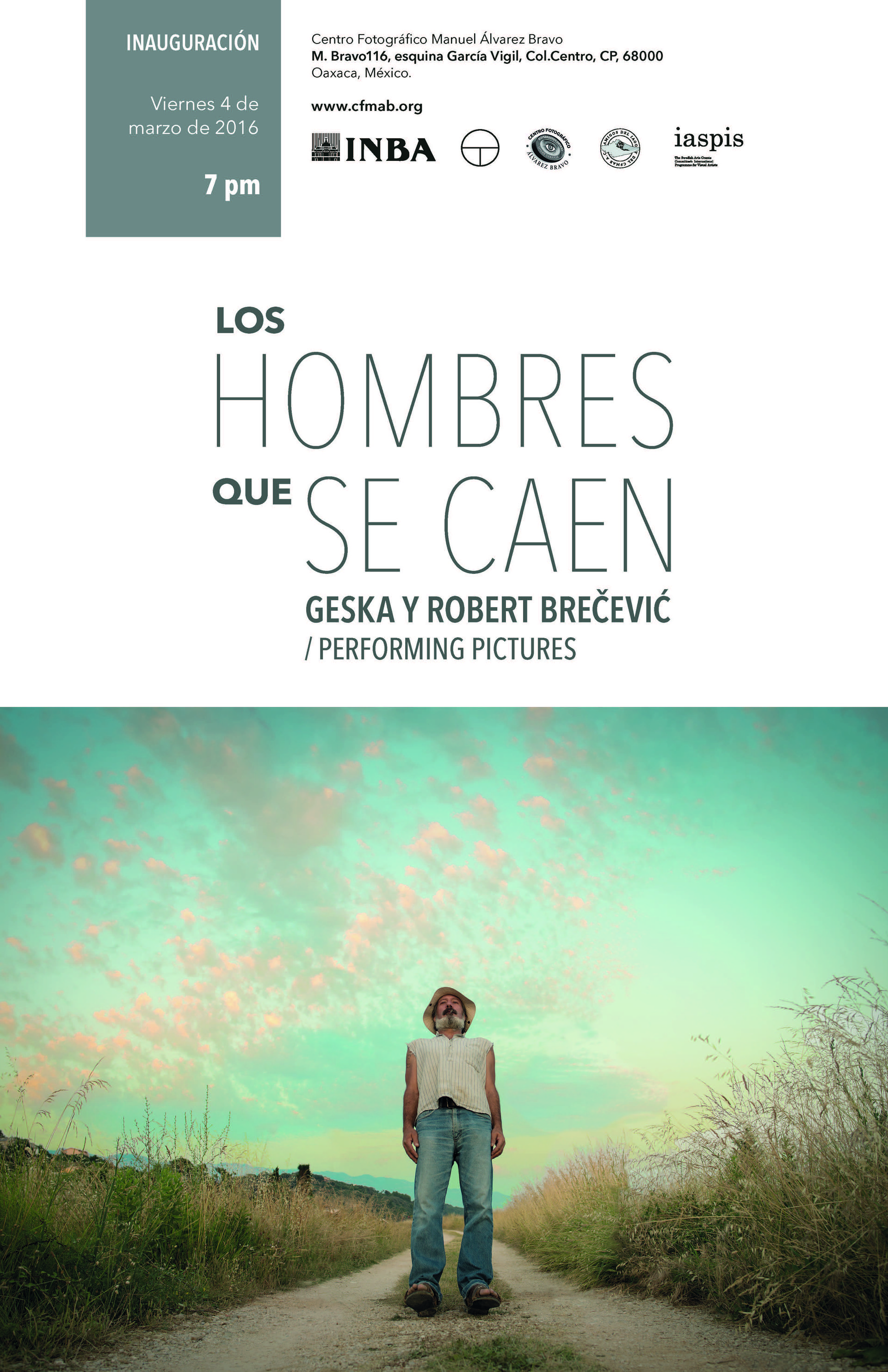 Welcome to the opening of our solo show at CFMAB in Oaxaca, Mexico.

"Stand up, relax and lean back (totally, unreservedly)"

Taking on the role of self-taught anthropologists, Geska and Robert Brečević seek to raze the borders between the fixed and the fluid in the arts through a collection of anecdotal micro-stories. They move freely from film or video to photography and sculpture. Outside the mainstream of Western contemporary culture is where they sample literatures, botanize amid the sacred arts of the rural Baroque and pursue the tradition of Mexican arte popular.

In 2014 Geska and Robert Brečević sought out the only remaining foto-escultura artisan in D.F.  Unfortunately, he proved to be deceased (having passed two year earlier). Referred to archives and source materials, and with only their own empirical studies of materials and methods, the artists in collaboration with Talleres Comunitarios de Zegache managed to reconstruct an extinct form of popular art.

Foto-escultura (photo sculpture) involves photographic cut-outs that are mounted on hand-painted wooden sculptures. The boundary between carved relief and flat photographic surface is seamless. Conceptually, it reproduces the subtle play between two- and three-dimensional space, between movement and stasis, while reducing the sculptural viewing angle.

The exhibition consists of a distinct collection of objects and films. It is a partial summary of Performing Pictures’ choreography bridging the sanctified and the vernacular, juxtaposing movement and stasis and combining it with a sculptural technique that lends rise to a sensation of the uncanny. In other words, it might feel like watching miniature versions of *der Golem* in a milieu of moving imagery.

The sculptural objects are traced from photographical fragments of a specific movement: that of falling to the ground as stiff as board. A breakneck motion recorded and collected by the artists for more than a decade.

The video works presented at this exhibition restate the old saws: panta rei, what comes down must have once gone up. The circularity between objects and film defines a kind of canonization of revelation and fall.