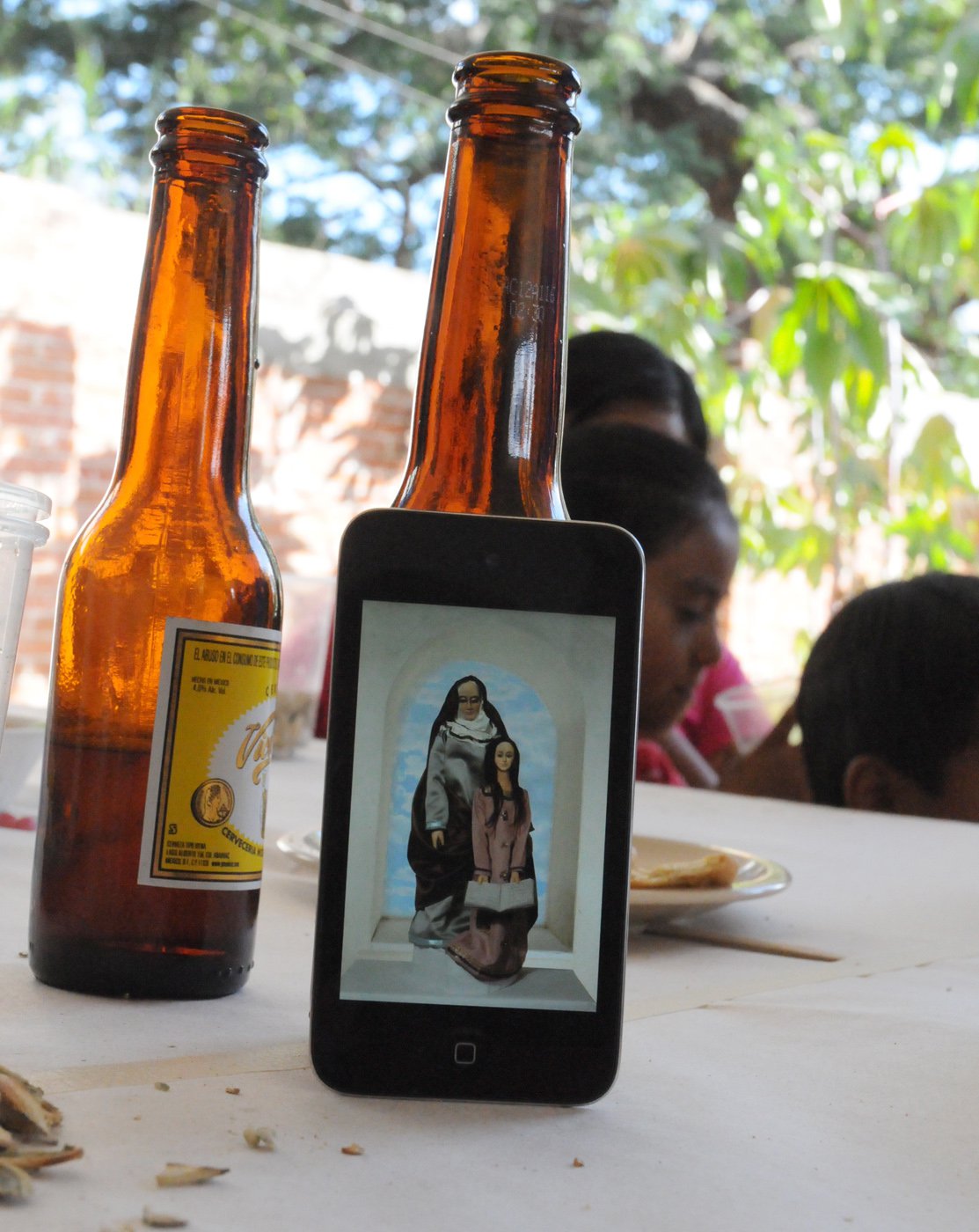 This seminar reports on fieldwork carried out in November 2011, around the production of a video animation of St. Ana, the patron saint of Zegache St. Ana, a municipality in Oaxaca, Mexico. The work itself is part of a collaborative design process between Swedish artists Geska Brečević and Robert Brečević from “Performing Pictures” and the Zegache-based Talleres Comunitarios, an artisan workshop specializing in restoration and the production of religious artefacts.

Merging media technology with a tradition of venerative artefacts, the animation will be housed in a chapel at the entrance of the town. There the interactive video shrine will “mediatize” a public space, as secular and sacred rituals become intertwined. In the meantime, the video animation has already appeared in other forms, including as an iPhone app.

In the seminar, the focus is on the collaboration involved in “animating St. Ana” through to the occasion when the work made its first appearance “on screen” in Zegache. The documentation will be used to address questions about participatory or collaborative art involving artists from different parts of the world and the introduction of new media forms into traditions of venerative art. This in turn raises questions about mediatization and globalization of cultural practices and beliefs, in a specific local context and with possibly broader implications.

Performing Pictures and the Talleres Comunitarios are also part of a larger collaborative effort, The Euroaxacan Initiative of Transformative Cultures (EITC), involving artists and activists from Europe and the community workshops of Zegache. The aim of EITC is to intertwine craftsmanship and artistic creation with social entrepreneurship and innovation, to safeguard the cultural identity and economic sustainability of Zegache. By creating new economic activities grounded in a revaluing of the cultural wealth of the region, the possibility of return could be reopened for migrants who wish to come back home.

The department of Visual Arts Education at Konstfack has invited professor Karin Becker and artist Geska Helena Brečević to present a fieldwork around the production of a video animation of St. Ana, patron saint of Zegache St. Ana, in Oaxaca, Mexico.

Documentation from the fieldwork will be used to discuss ”participatory or collaborative art”, and the introduction of new media techniques in traditional crafts.

The seminar will be in English and Swedish.