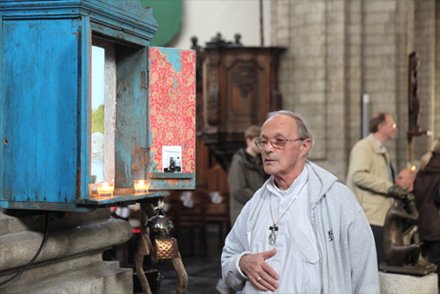 Was he a wicked man, a giant Canaanite or a true martyr? There are many theories, but we can at least state with certainty that he evolved into the patron Saint of travelers in the West; Saint Christopher.

Robert brought Saint Christopher - protector of travellers - in an interactive video-shrine from Stockholm to Brussels. And a safe journey it was. This little devotional object is the first of a series of Saints (Exemplary Individualities) that Performing PIctures bring back to life. Through time, all of these characters have been doomed to stillness, in some cases the subjects have been exposed through more than a thousand years of inert fixation! Performing Pictures believes it’s time to set them free, one by one and motion by motion. On Sunday 18 of October 2009, nadine, Geska and a whole community of church- and culture lovers came together in the Église Notre-Dame de Bon Secours in the city center of Brussels to perform a ritual for St. Christopher.

Jérôme Porsperger chanted beautifully and performed several actions before opening the artifact. Christopher appears and carries a small, yet almost unbearably heavy child across a river. The legend continues. When he finally reached the other side, he said to the child: “You have put me in the greatest danger. I do not think the whole world could have been as heavy on my shoulders as you were.” The child replied: “You had on your shoulders not only the whole world but him who made it. I am Christ your king, whom you are serving by this work.” You too can set Christopher in motion by standing in front of the shrine at the Eglise Notre-Dame de Bon Secours until 9 December 2009, during the church’s opening hours (8:30-17:00). 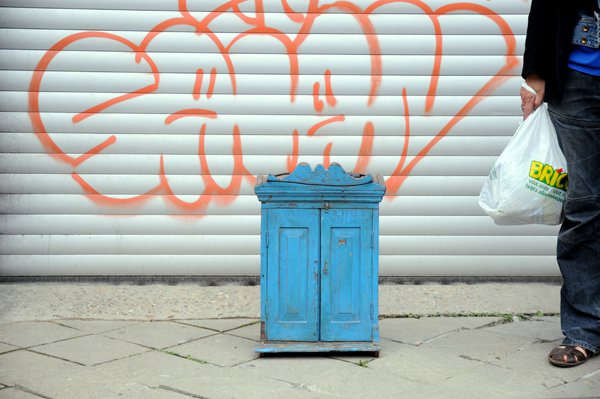 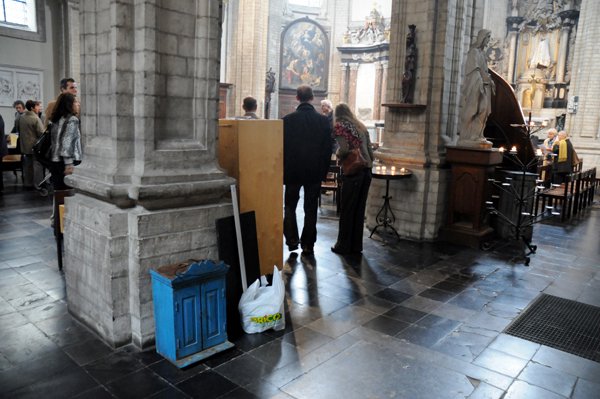 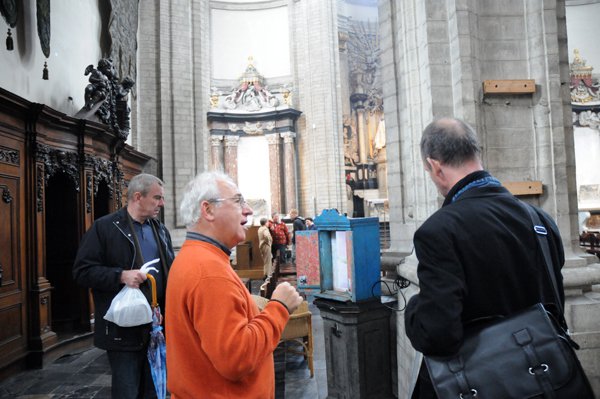 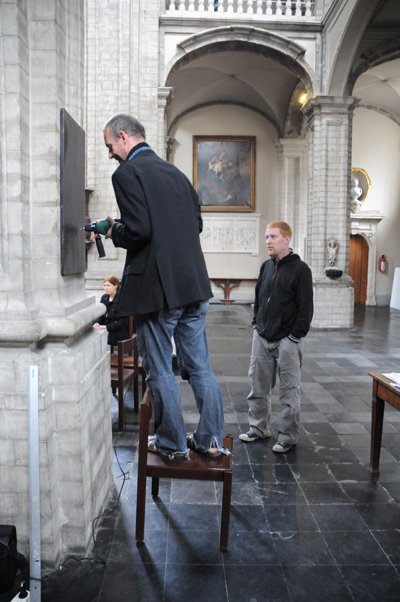 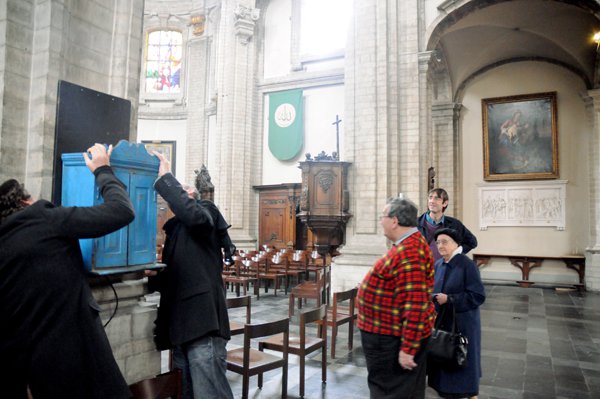 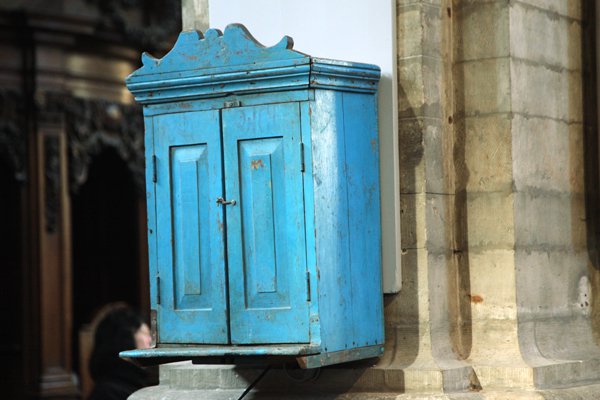 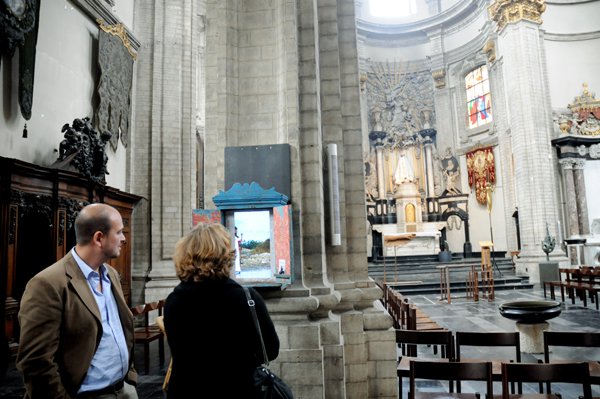 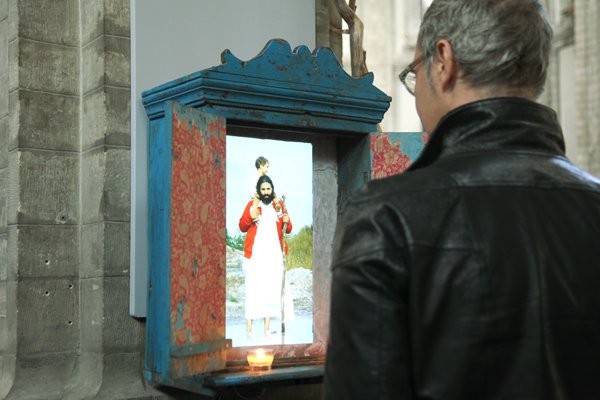 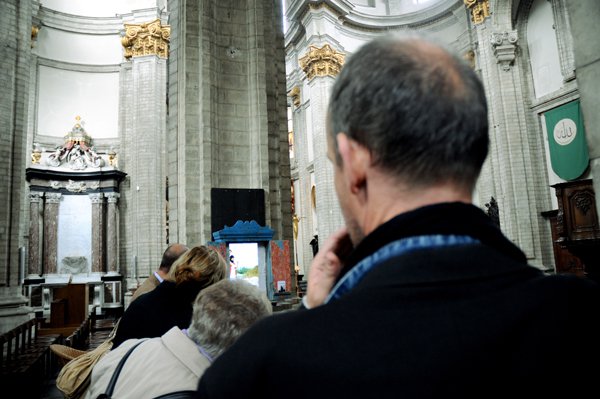 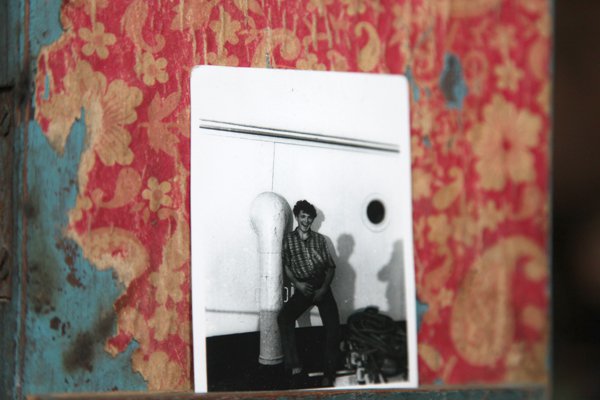 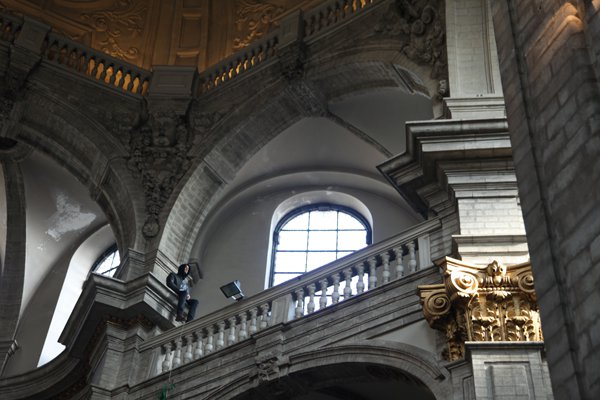 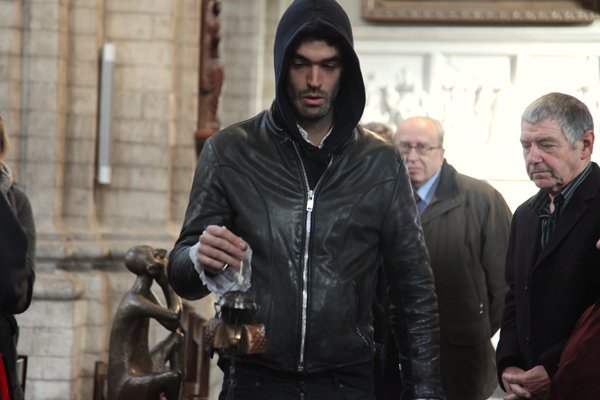 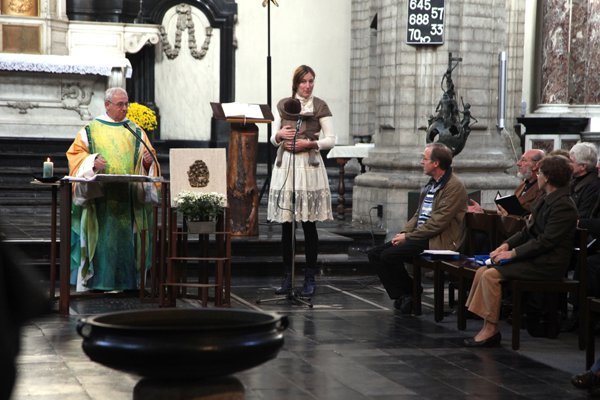 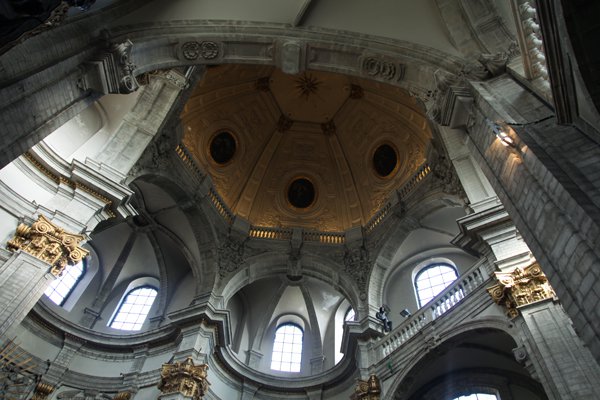 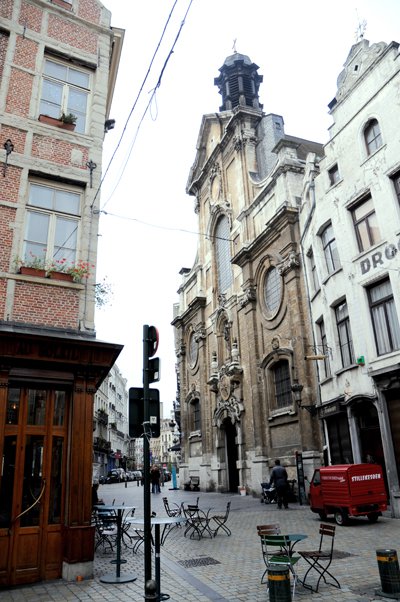 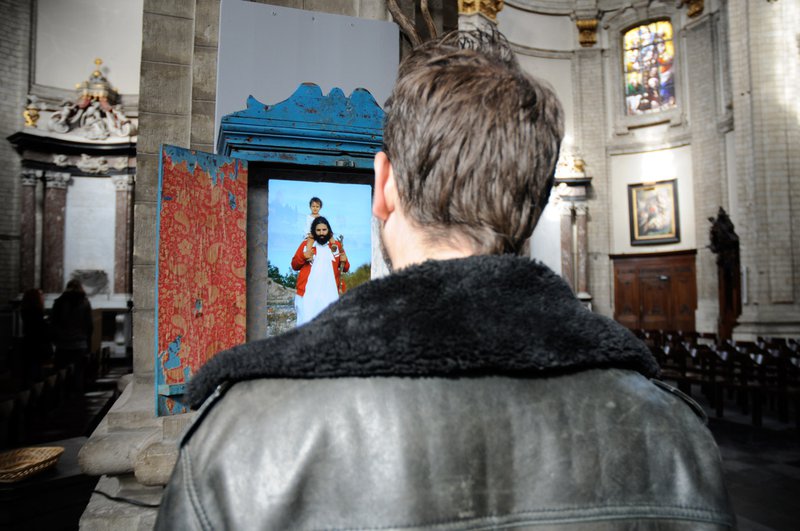 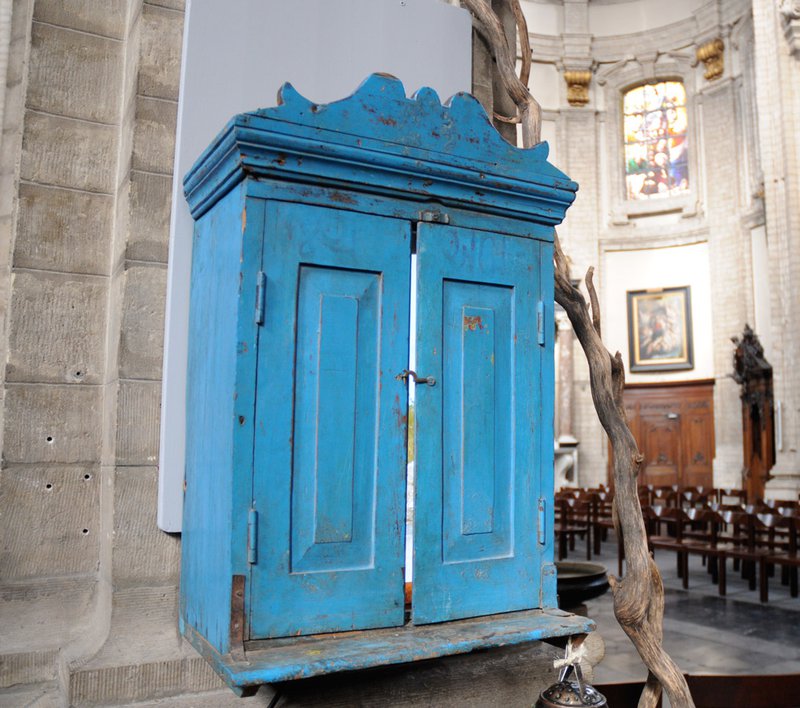 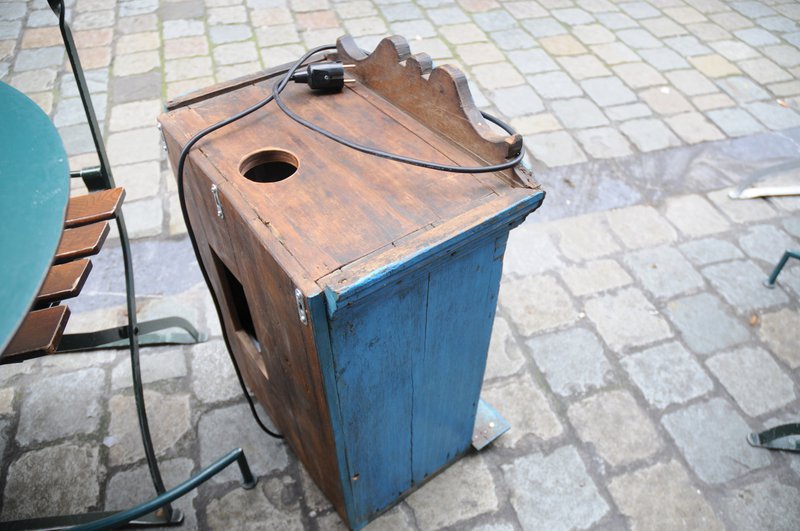 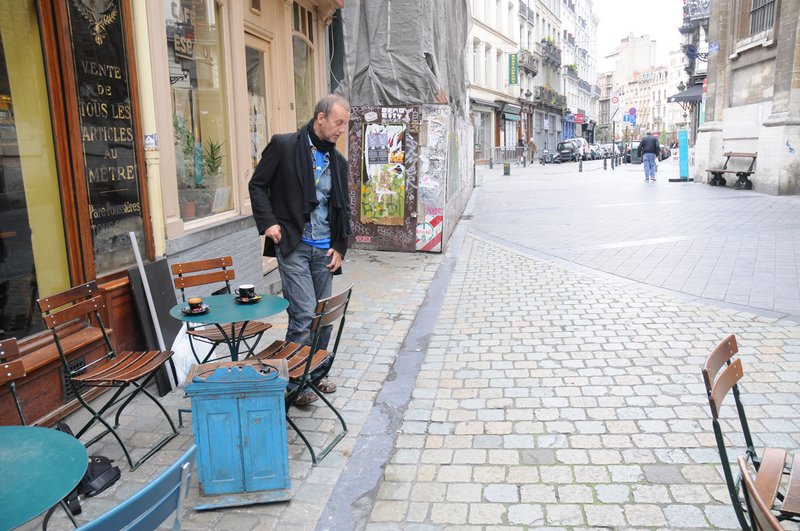 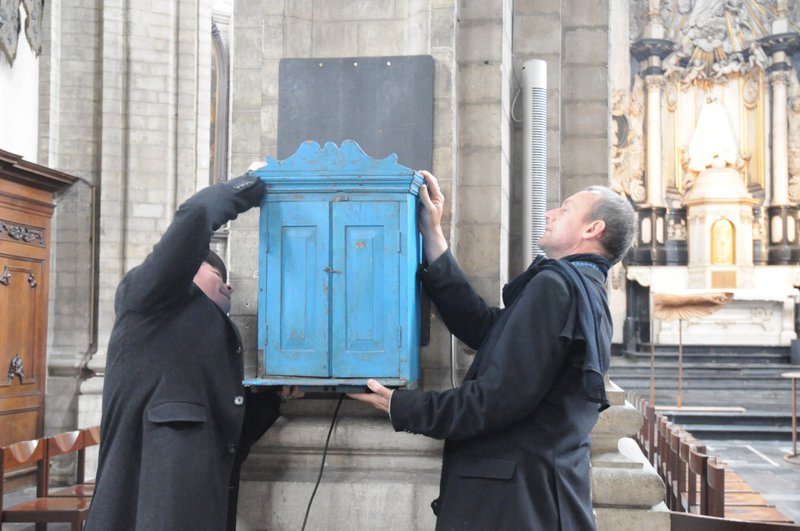 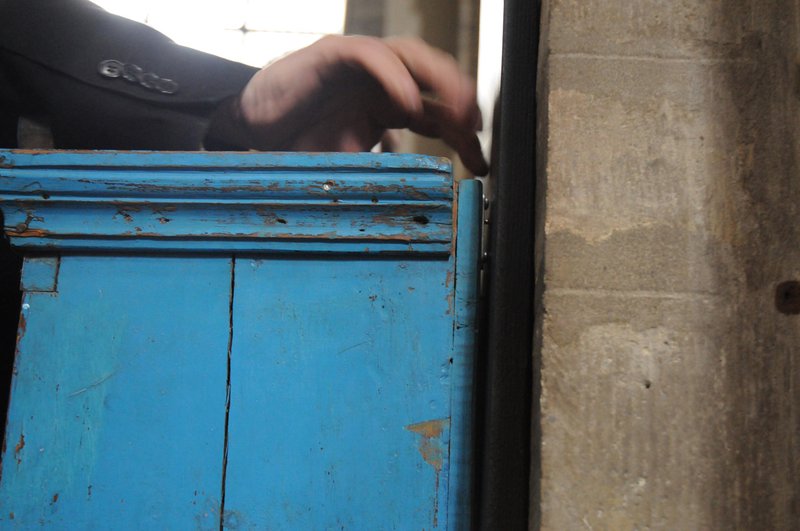 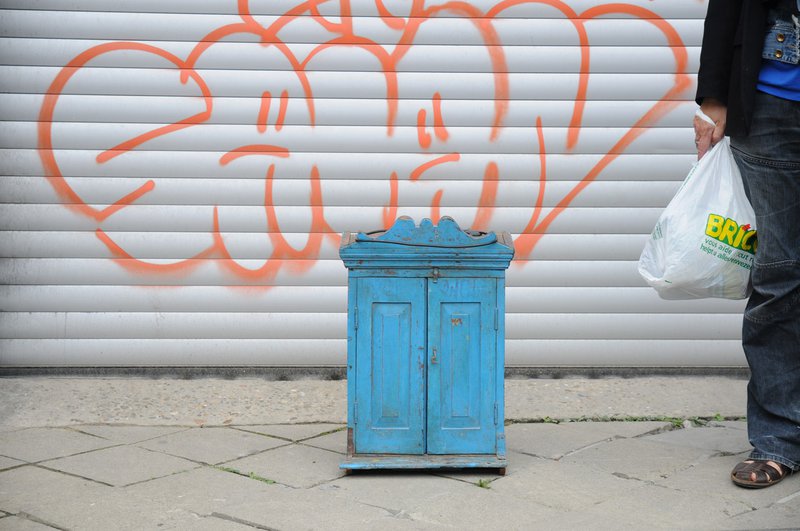 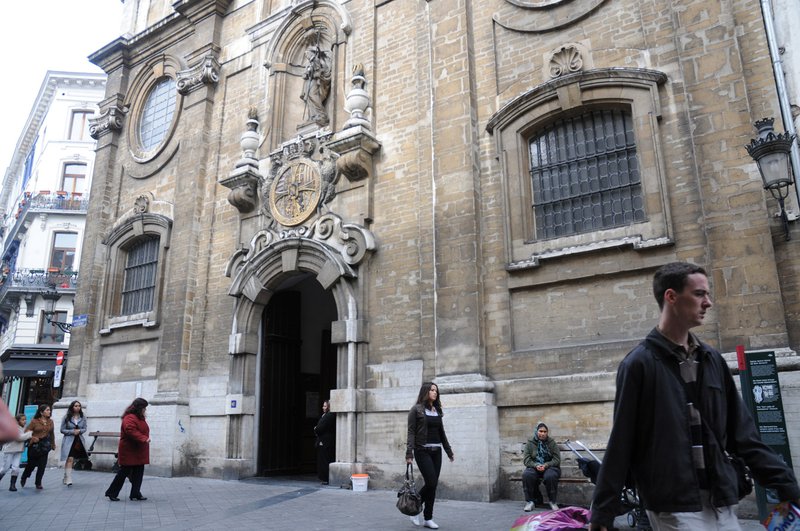