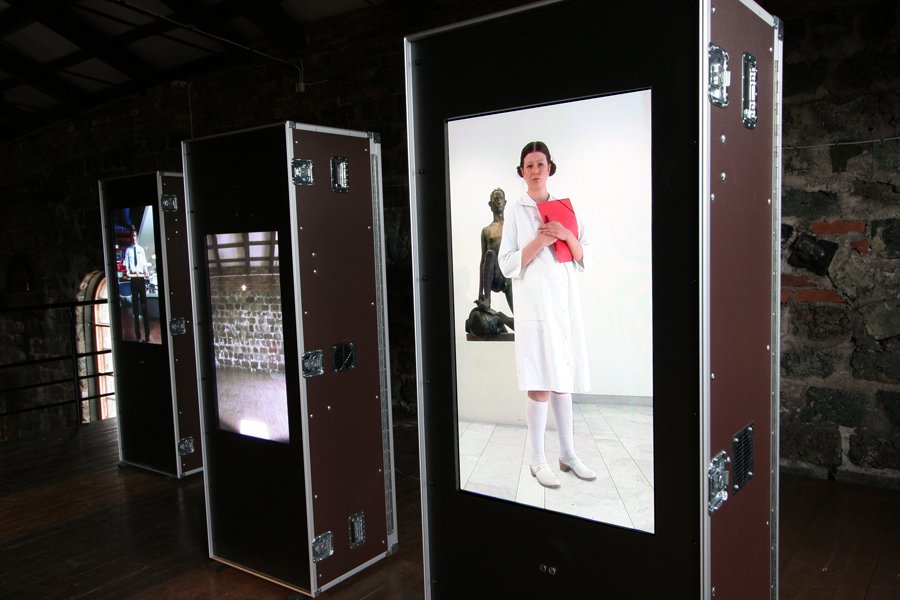 Reflections of me and you | Verket Avesta

The summer exhibition Tid och rum gives perspective in both directions - past and future. The reflections of the future to come is interpreted by Men That Fall, Women That Turn and DelayMirror. It is a collection of three video works where we reflect upon the image of ourselves as objects - of the female and the male aspects of life.

Women That Turn is the continuation of the installation Men That Fall. It was a part of a commissioned art & technology project for an exhibition in a larger gallery in the countryside in Sweden (Avesta Art/Verket). This is a monumental scale gallery space that is lodged in the historical setting of an 18th century blast furnace. In this exhibition context, there was no means of disseminating the video pieces in a seamless or transparent way, as in the case of Men That Fall in previous installations in for example malls. Instead, there was a need to make a firm and clear mark in the surroundings, articulating a claim for the very existence of the work on site.

The video installations by Geska Brečević and Robert Brečević were not to be mounted on the walls, but on the contrary stood as distinct objects on the floor, in the middle of the large hall. The significance of such objects is stated in terms of sculptural values, a design statement of sorts carried by the object in itself. The content on the screen and the “thing” surrounding the screen itself is equally important and is filled with significance. The slick, monumental values of ‘black boxes’ resonate with architectural or fine arts values. They deviate attention away from the fictional movie characters on the screen. There was clearly a need for some kind of a construction to carry this out. What was chosen was that of the flight case. This is a convention within the AV-industry for transporting PA-systems, monitors and similar equipment.

Subsequently, the 42-inch screens were built into large flight cases with aluminium edges and handles, equipped with wheels and tailor-made solutions for lids and encapsulation. The overall statement of such an object was that it was merely a visitor and a highly transportable object whose sole purpose is to be on tour. 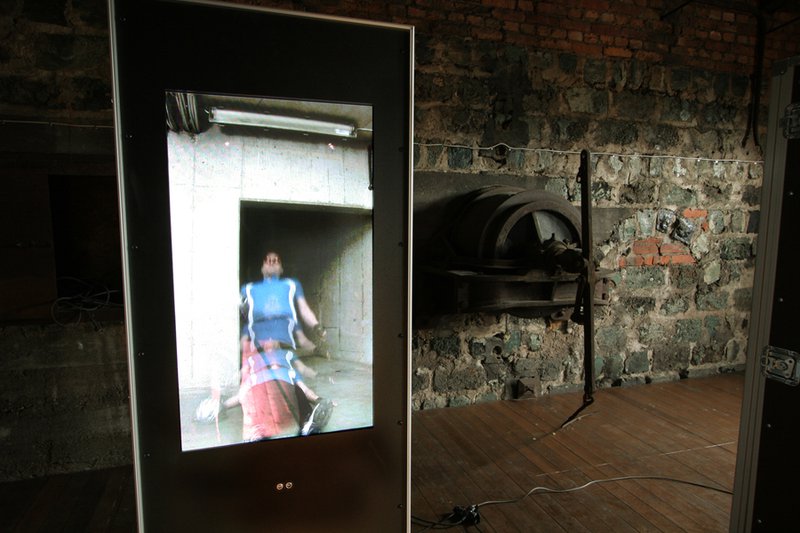 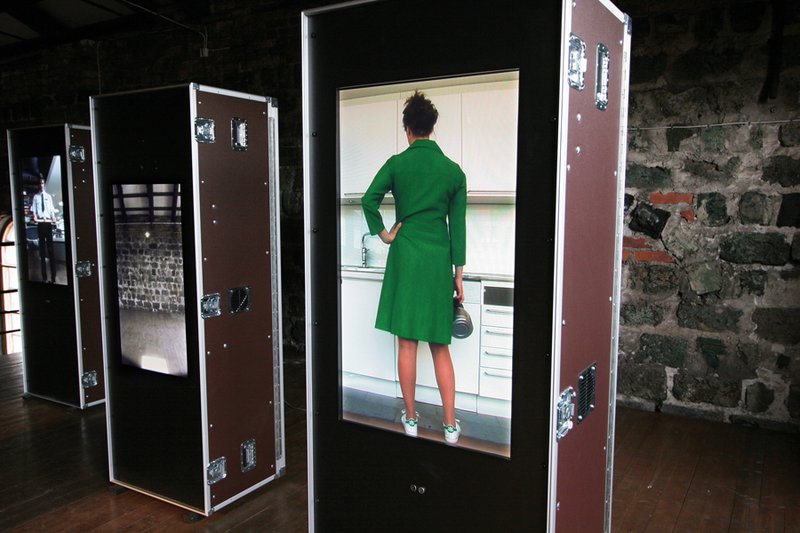 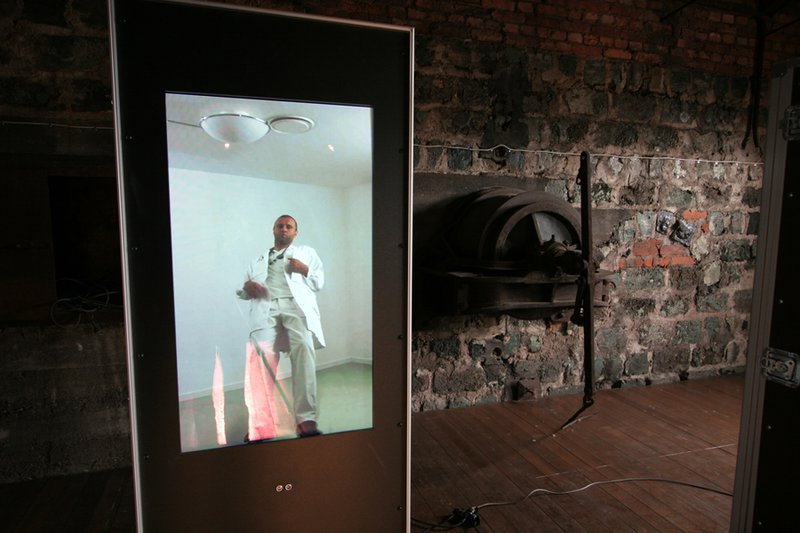 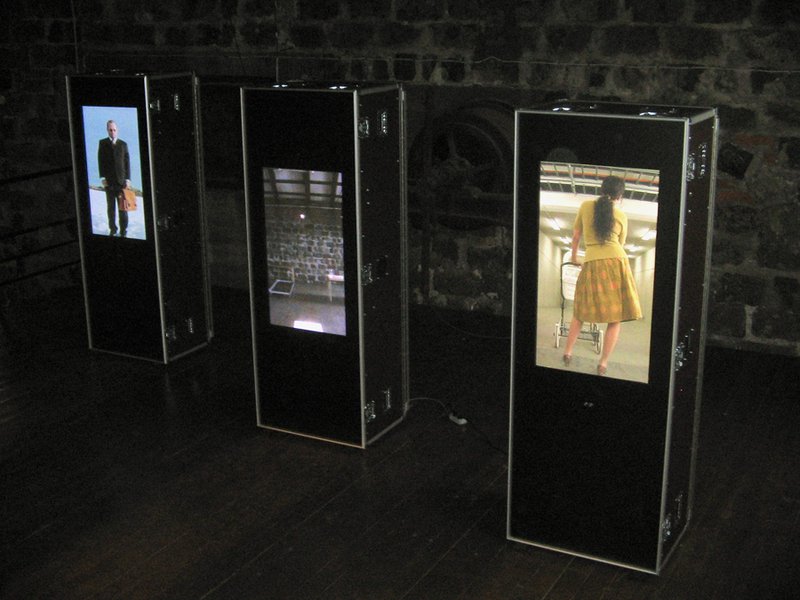