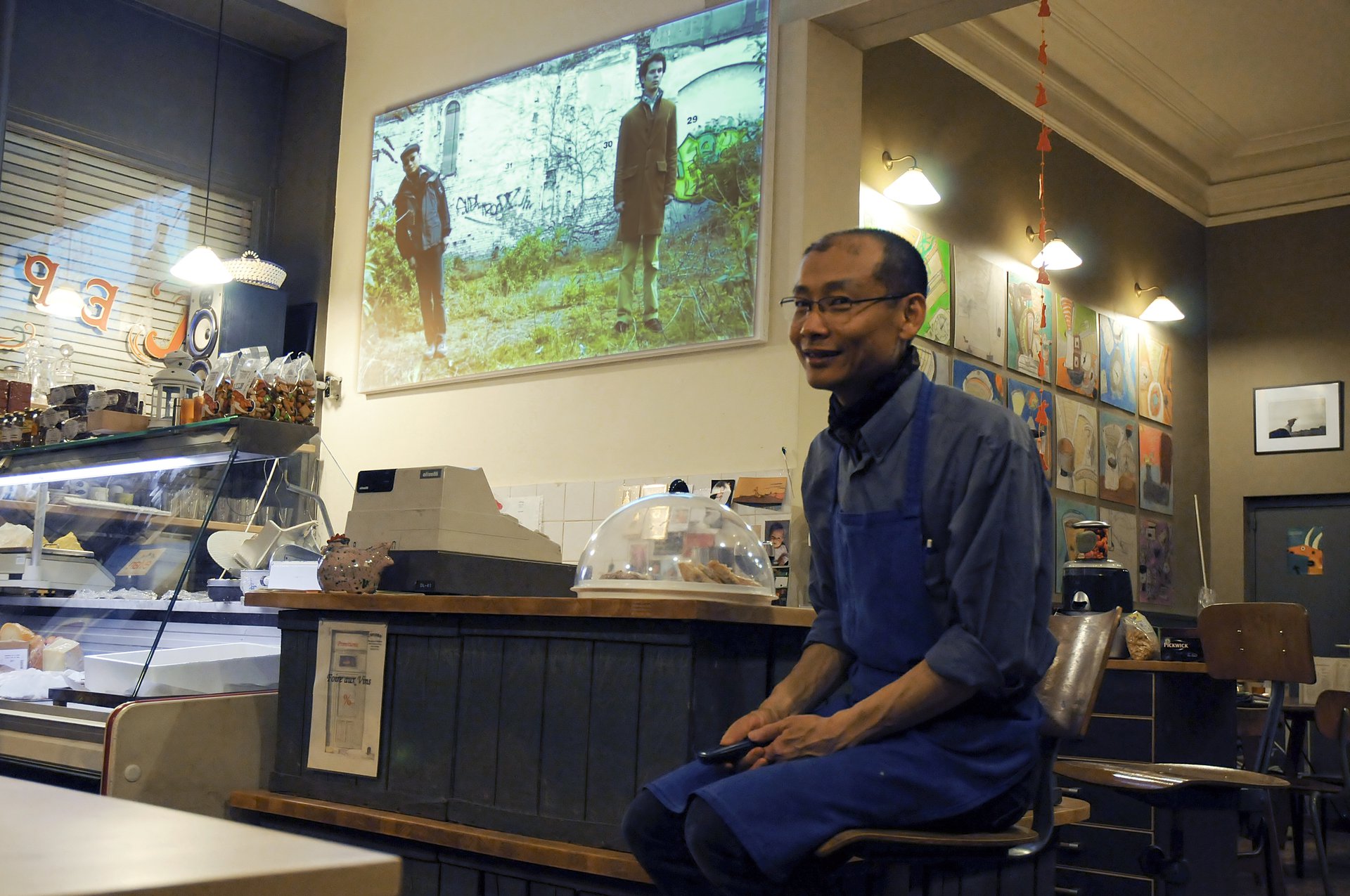 During April 2008, Performing Pictures did a residency at our partner nadine's in Brussels. During the month we found a little shop on the corner of Rue Keyenveld, which became the subject and place of display for a new work in the series Fathers and Sons, Verging.

At L’épicerie – the little shop on the corner, we got to know Mongkhon, the greengrocer and his son Alexandre, who were the models for our father and son portrait. We then placed the video installation at L’épicerie, and created the exhibition meanwhile-ondertussen-entretemps. In the shop, the work lived its own life, in pace with its surroundings for over two months. Father and son, one of them verging, are waiting for the visitors to L’épicerie to mirror themselves in what’s deviant. Pretending everything is normal, until a third party, someone else, watches and expresses…the opposite. The coexistence is self-evident: two pair of feet steadily rooted in the ground they stand on. The place is the same, the origin as well … yet they see different things, gravitate away from each other.