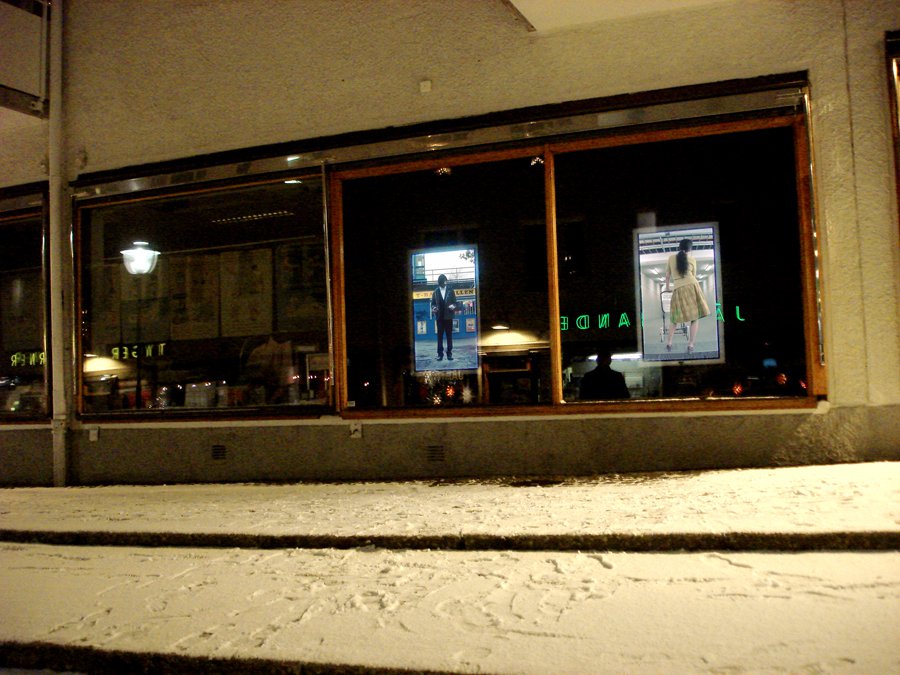 Throughout November 2006 Performing Pictures worked with settings and locations in Hökarängen, outside of Stockholm, to expand their two suites of interactive film installations Män som faller (Men that fall) and Kvinnor som vänder (Women that turn). The films were shown in shop windows at Hökarängsplan from December 7 through December 20 – like a holiday sparkler of electromagnetic light in winter’s icy darkness.

The work was carried out in collaboration with the exhibition Konst i offentliga rum (Art in Public Spaces) at Konsthall C, Hökarängen, and professor Karin Becker from Linköping and Stockholm University who made the video works subject for ethnographic studies from a cultural perspective. In the films Män som faller and Kvinnor som vänder, men and women are presented as different stereotypes. They have jobs that are pigeonholed male and female. But, in contrast to advertising’s glossy pictures, individuals act in unexpected ways. The male characters in the film can no longer carry their masculinity and strength, but fall suddenly and helplessly when onlookers take a step towards them. The man is no longer capable of defending his masculinity; he falls down from his position of power and becomes mortal. The women are inaccessible, with strong integrity; they don’t offer themselves in the flirty way we’re used to. They refuse to flatter the male gaze by acting as an image to fulfill his desires. With a spin they show themselves first when the onlooker has left the screen.

The pedestrian street in Hökarängen’s centre doesn’t look the way it usually does. It shines of light from the large windows in the closed post office. Men That Fall and Women That Turn are making a guest appearance in the suburbs, invited by Konsthall C. Now they glow like sparkles in the cold and dark. The passersby, whose curiosity is awakened by the unexpected sight, stop to see what’s happening.

They laugh at the men that fall, are curious about the women that turn and stare at them. ”How lovely with a little culture here,” says a man. A boy comes walking by with his father. They also stop for a look. The boy walks up to one of the men, who falls. He turns amazed to his father. ”Look, dad! He falls!” The boy backs up a few metres from the window and hops forward again. ”I can make him fall! Dad! Look!” Paradigm shift. The fall ends in rest. Try not to sleep now. You have waited long for this moment, don’t let it disappear.

A poster/print was shown at Konsthall C while the works were in progress and a catalogue documenting the work as also produced. The project was a part of Cinesense, with support from the Swedish Science Council and WAVES, supported by Culture 2000 - in cooperation with Konsthall C, Hökarängen. 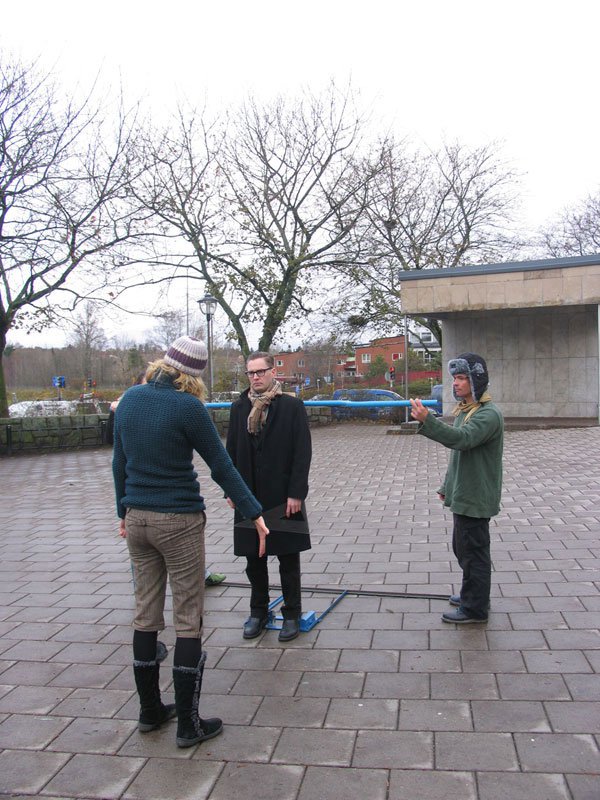 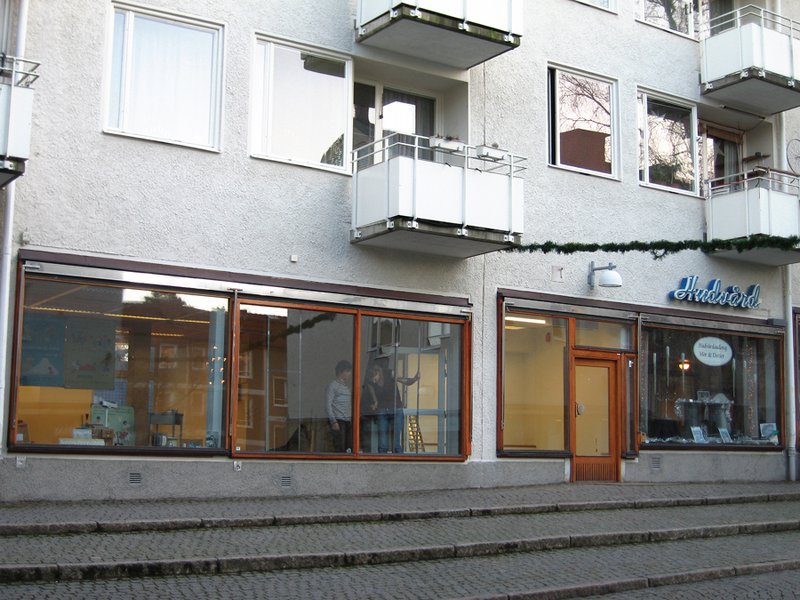 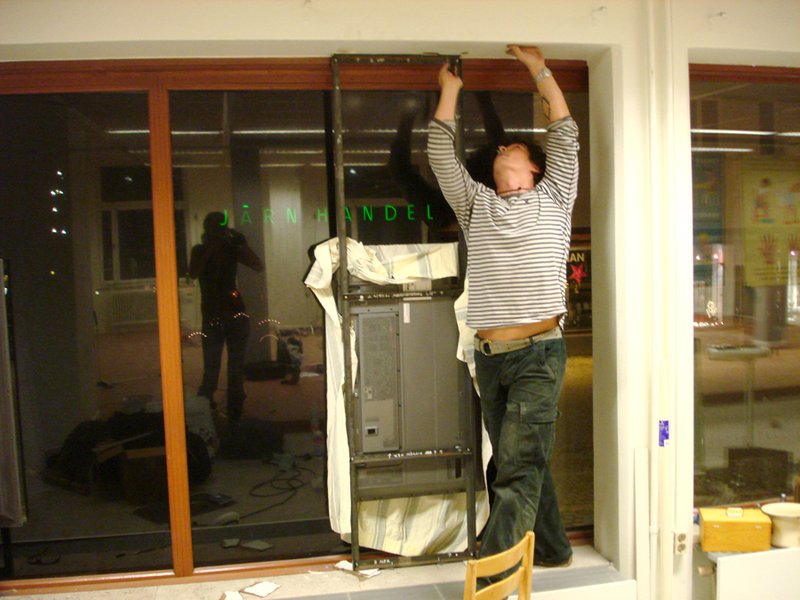 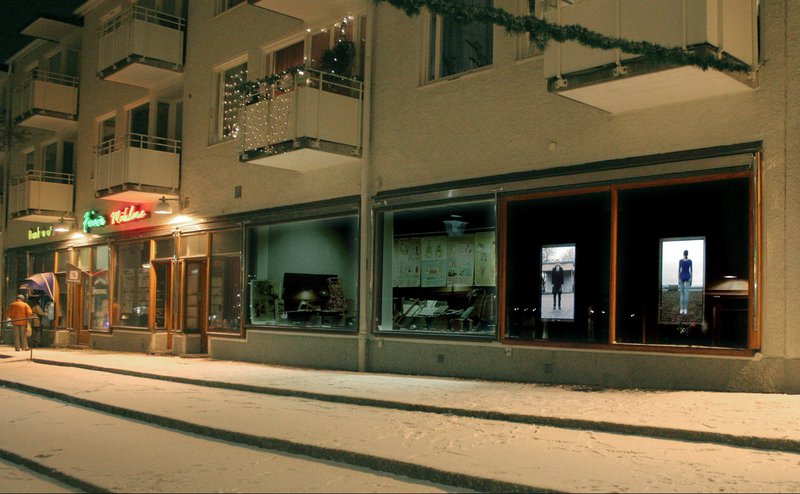 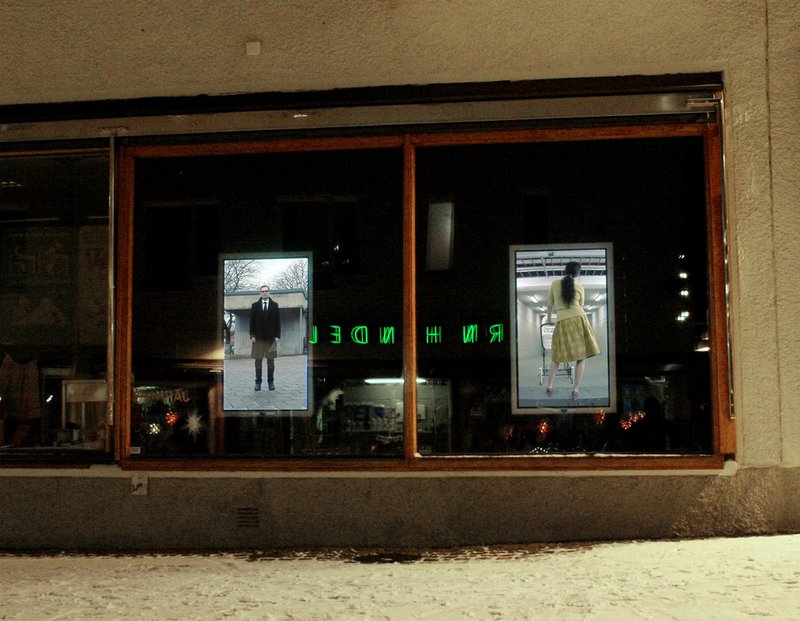 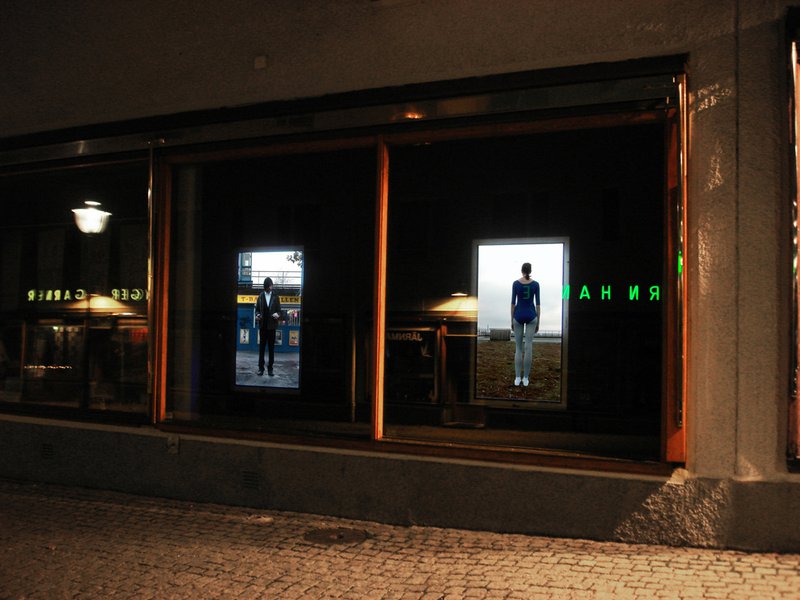 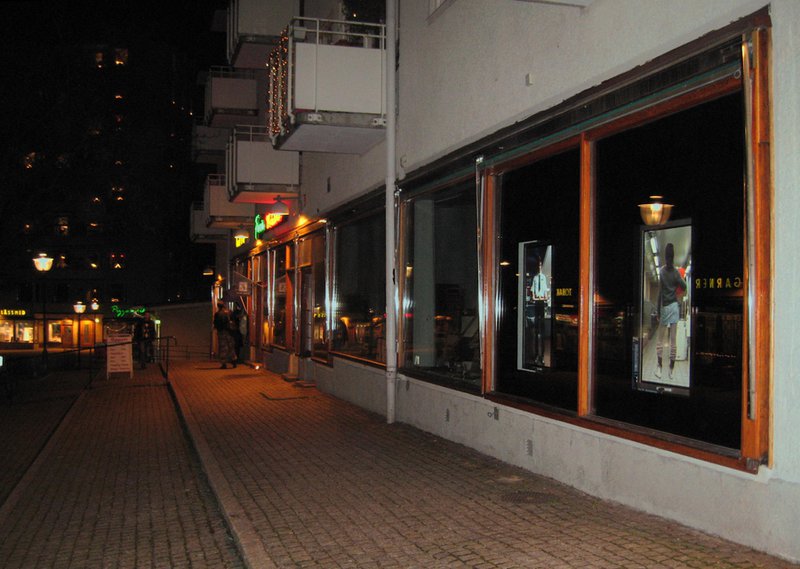