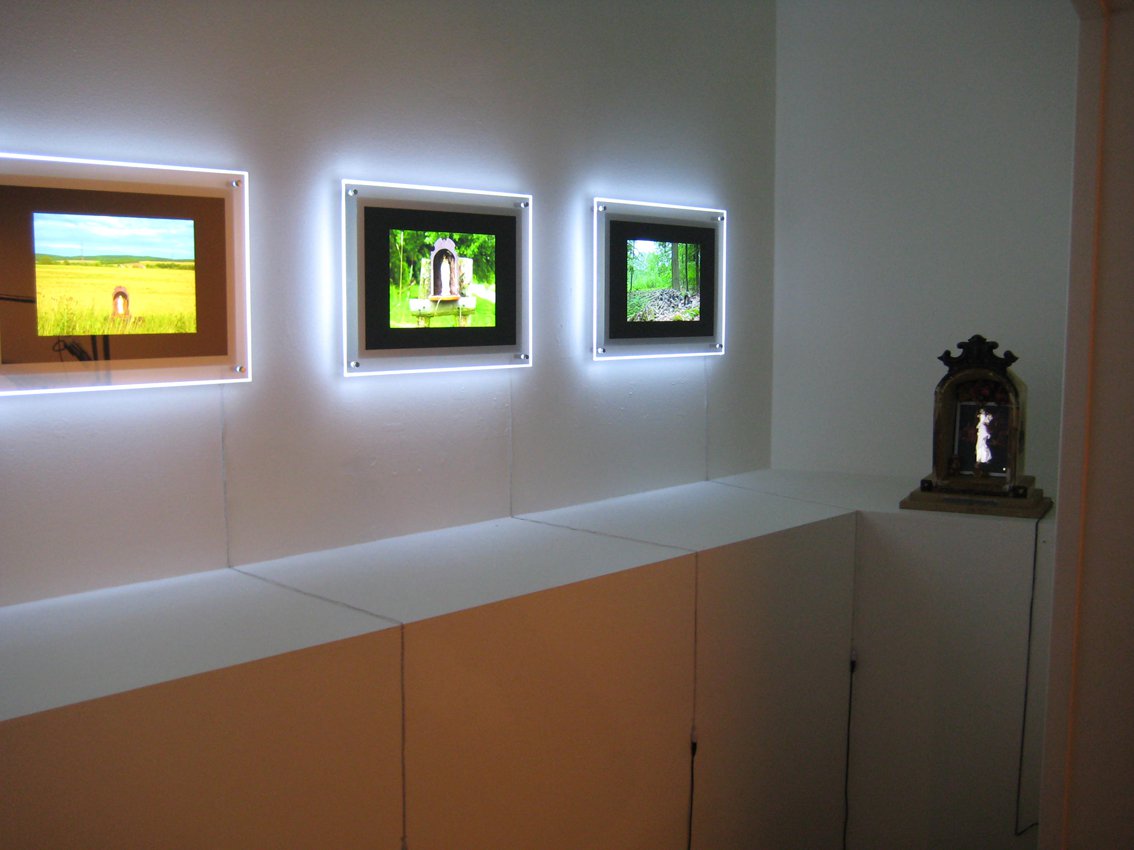 ID:I galleri is an artist-driven space where contemporary exhibitions and events have thrived independently from the commercial art scene since 2002. The gallery has built its foundation on pushing expectations and “taking a stand to consciously allow for the ever-changing prerequisites vital for creating and exhibiting art.” Now, after a decade as an established art space, ID:I celebrates its being with the group exhibition UnTied Notions. The event brings together over 40 current and past members of ID:I who have taken part in nurturing the gallery’s identity and formulizing its development

In June 2012 we crossed Central Europe on bicycles. The Peregrini cycling crew consisted of nine people from Sweden, Belgium, Holland and Chile, mainly artists but also our 13-year old son. The route was arbitrarily determined by the centerfold on a Belgian map of Europe, a straight line going through the island of Rab (Croatia) where we had the initial workshop about pilgrimage and why tourism equals pillaging and warfare (= is bad).

“Following the fold” became our only rule; the code. Following the fold from the Baltic to the Mediterranean Sea mounted to 1690 km in 18 days on bicycle. We were sleeping in tents, inns and village houses.

I built and mounted eight newly built road chapels along the way. Wooden DIY-modules illuminated by night with solar energy. These venerative artifacts, that either host Saint Christopher (patron saint of travelers) or the Virgin Mary, were left on the road as gifts and greetings to future pilgrims and travelers. It is an expression of excess energy after a six hour bicycle ride each day — that an artist can be dead tired, sleeping on a field and still be preparing his piece by night, in order to leave it on a desolate field in the middle of nowhere in the countryside of Poland, Czech, Austria, Slovenia or Croatia. The work is now being continued during Performing Pictures’ travels around the world, most recently the seaside path from Wimereux to Calais was granted to road chapels with Virgin Mary, and while this exhibition is going on, further chapels are being built and mounted along the coastline of the island Rab.

The piece for ID:I is a chapel with an animation and a photo series documenting the PEREGRINI tour and the spiritual landmarks it left. 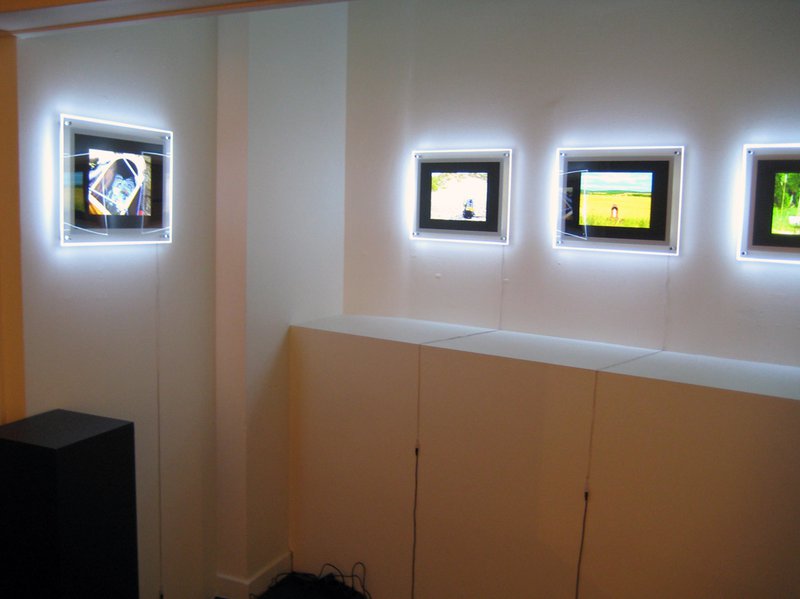 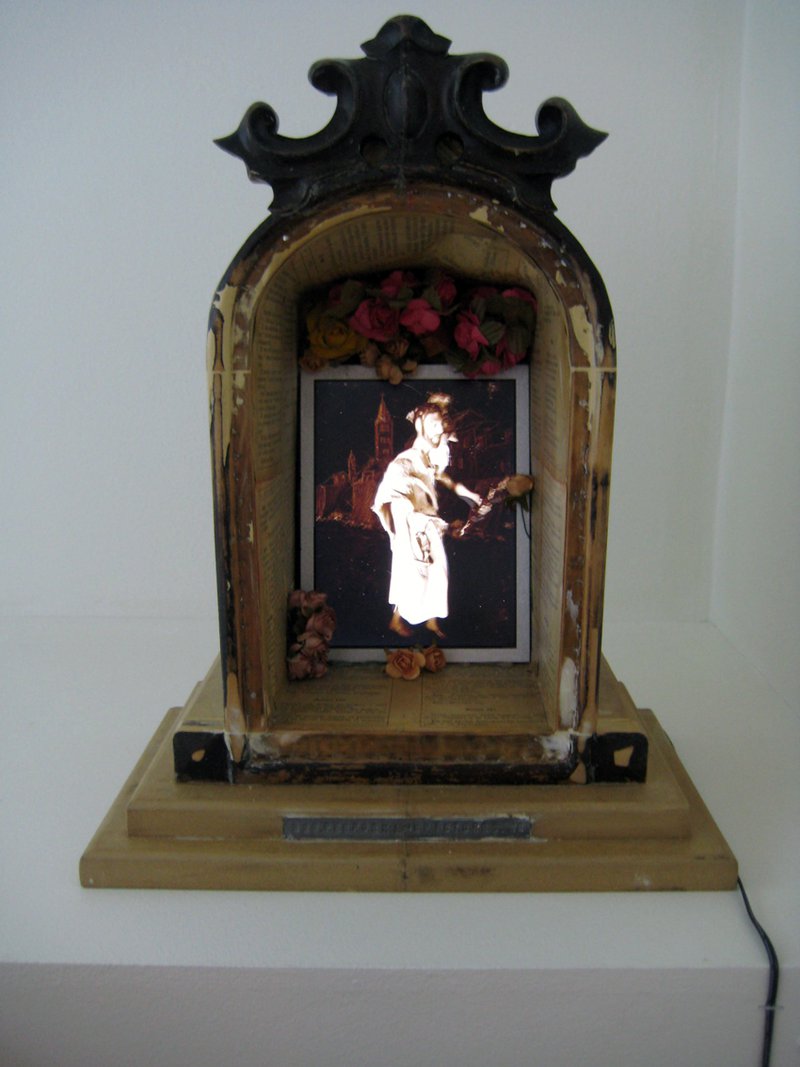