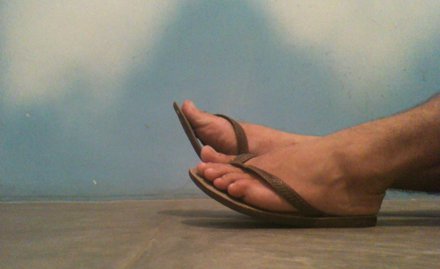 Caramujo Man a.k.a. the Snail Man - carries his house with him; trailing through life using the two most important assets for uprooted individuals, namely his feet. Lying down at the same time he is moving around, the merger of the vertical and the horisontal.

It was a hot and humid wednesday night at the corner of Senadora-street (March 2010), when the two artists made a video in Alê's attelier. They decided to make an instant exhibition in Lapa, the party district of Rio de Janeiro. They were invited by Plano B, an independent space for free regular performances of experimental, electronic and underground music and art. Alë Souto (Brazil) and Robert Brecevic (Sweden) met in Oaxaca (Mexico) during November 2009. Their paths crossed anew when Robert accompanied the Swedish installation for the World Urban Forum (WUF) in Rio de Janeiro. The UN congress gave the artists an opportunity not only to meet again, but to work on and exhibit a brand new work. 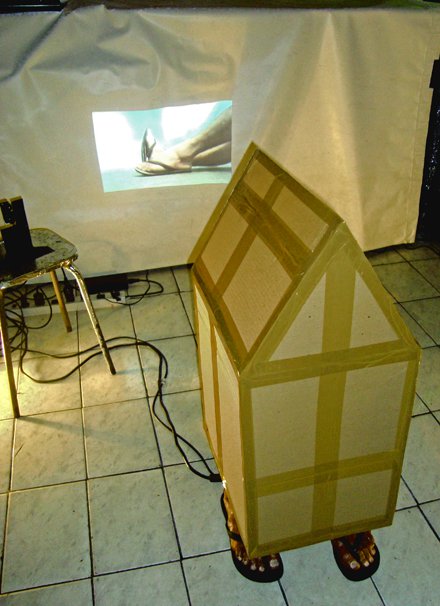 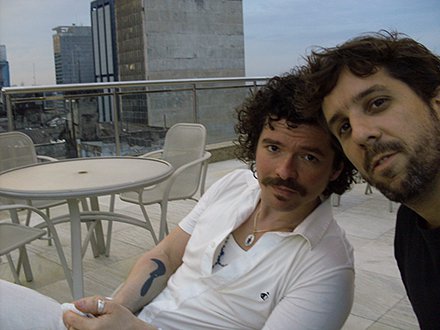 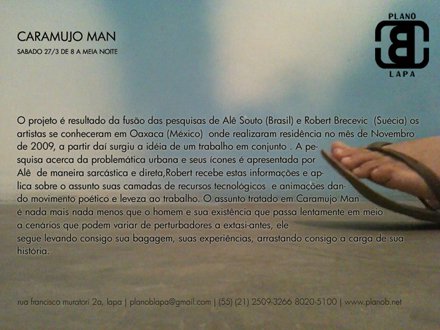