Performing Pictures (PP) is an artist duo and consists of Geska Helena Brečević (born 1975) and Robert Brečević (born 1971). It was established in 2004 as an artistic research studio within The Interactive Institute. Since 2009 they have operated as an institutionally independent platform for artistic research and practice, primarily geared towards the manifestation of moving images (film, video, animation). 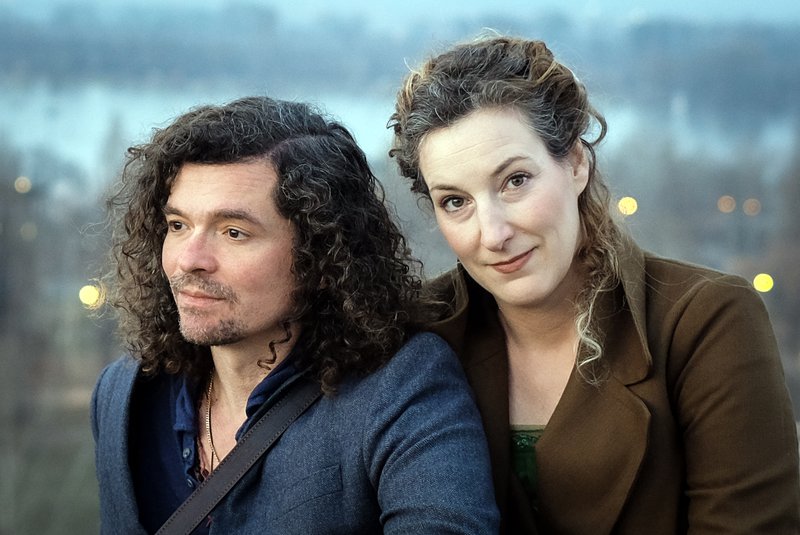 Performing Pictures’ work combines stillness and movement, often coming alive in the meeting with the viewer. This responsiveness creates a sense of intimacy and surprise; a playfulness that attracts and occasionally provokes. As audiovisual and media artists, PP’s practice intersects and interacts with several academic fields, such as visual anthropology, multimodal ethnography and media archeology. Their works investigate the collaborative, transformative, and unfolding temporalities of media compositions, materials and materialities.

In their artistic work, PP resuscitates old and outdated techniques. As possible artistic mediums, they should be an addition to the world of the mind —  ‘vantage points’ that reflect on their own ability to perceive the world and at the same time create their own reality. Performing Pictures digs up and reinterprets techniques noted only in the margins of photographic history, such as Mexican fotoesculturas from the 1920s, or photomultigraphy patented in 1897. These artistic expressions are characterized by popular demand and sideshow curiosity where both subject and viewer encounter an unraveled image of the self.

A visit to Mexico in 2008 sparked an ongoing collaboration with the Talleres Comunitarios de Zegache, where the work conveyed an increased attention to the patterns of human movement associated with economic migration and religious pilgrimage. Sometimes, in the migrant’s dream of a final return, the separation between these secular and sacred patterns dissolves. Crossing these lines — whether vertical or horizontal, temporal or spatial, secular or sacred — marks the spot on which pictures perform their essence.

The duo's practice is expressed in various hybrid forms of interactive video, art installation, and performance. Often in a place where boundaries between viewer and participant are occasionally blurred. PP tasked themselves to generate choreographic figures – cinéapparitions – or pictures that perform. These figures are types of video revelations that express ritual gestures and utterances in an attempt to not only stand outside but also alongside time.